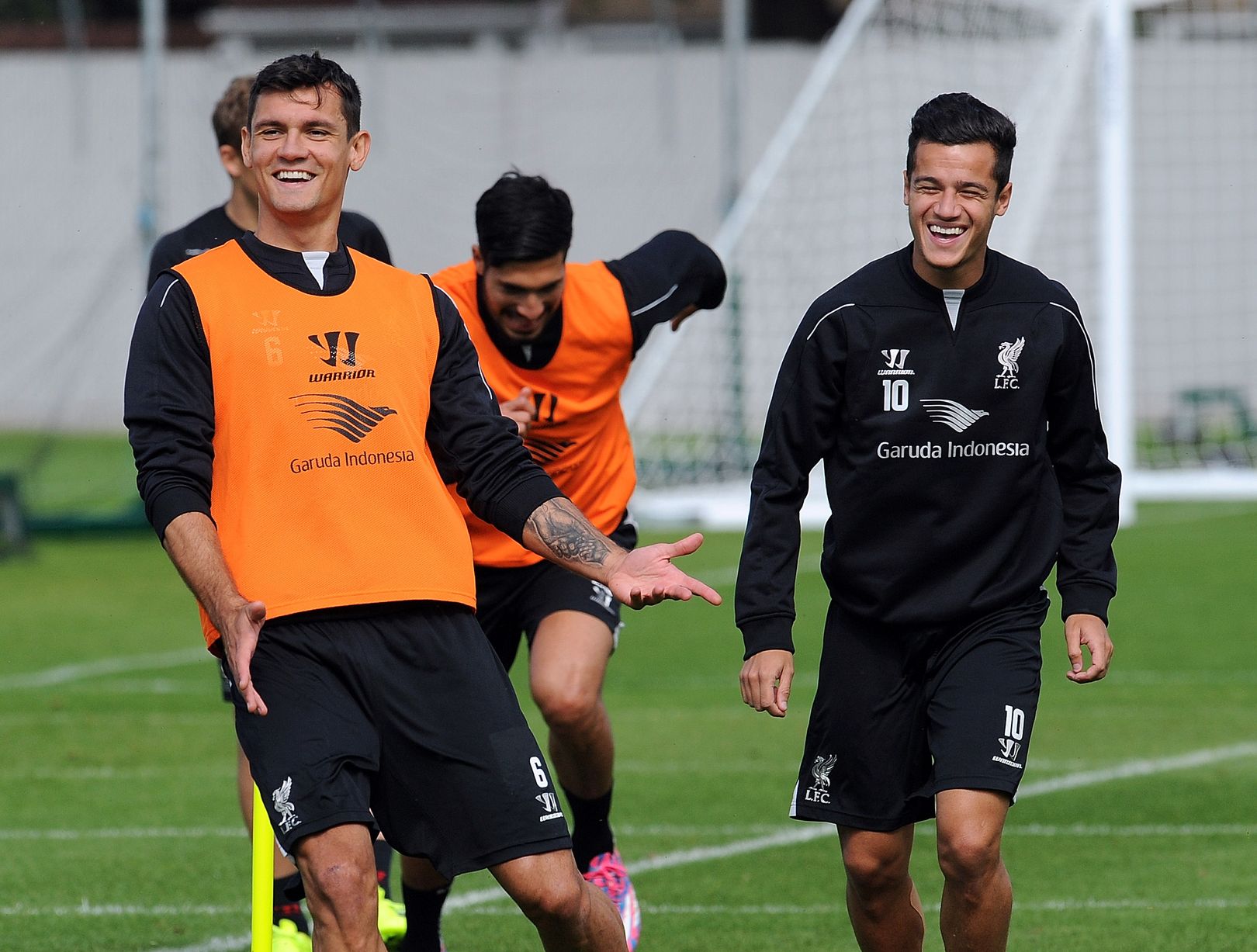 Liverpool open the home campaign of the season against Bournemouth tonight at Anfield, while hoping to keep their perfect start alive following the 0-1 win against Stoke City at the Britannia Stadium.

During their opening match of the season Liverpool took on a very determined Stoke team who were looking to repeat their 6-1 thrashing of the Reds in both teams final match of last season, and while Liverpool looked for from being on top of the game, the result thanks to a brilliant solo effort from Philippe Coutinho gives the Reds hope of a convincing win against Eddie Howe’s new boys.

Making their home debuts will be new signings Nathanial Clyne, James Milner and striker Christian Benteke, while Roberto Firmino could replace Jordan Ibe with Emre Can also in the starting XI which will free up Henderson to play a more advanced role in order to support the front-three.

Rodgers will stick with Belgium Simon Mignolet following his clean sheet against Stoke in with he was barley tested.

The back-four will also remain the same with Rodgers sticking with Lovren over Sakho as Liverpool has the Liverpool boss hopes that a constant back line will solve their goal conceding problems of last season. Partnering the Croatian will be Martin Skrtel, while Clyne debuts on the left with other new signing Joe Gomez looking to make the left-back position his own despite competition from Spaniard Alberto Moreno.

James Milner is looking like being the Reds best summer signing with the former Manchester City man playing as though he has been given a new lease on life, while we also expect German Emre Can to get the nod following the way his introduction to the match against Stoke allowed Henderson to play more forward, which ultimately led to Liverpool’s goal.It would be hard to drop Brazilian Coutinho following his efforts against Stoke so expect the Brazilian to start out on the left, while new boy Roberto Firmino can play opposite on the right.

Christian Benteke will be eager to show the home fans what he is capable of, and while he did not score against Stoke he has the ability to singlehandedly tie up the entire defence with his movements off the ball.