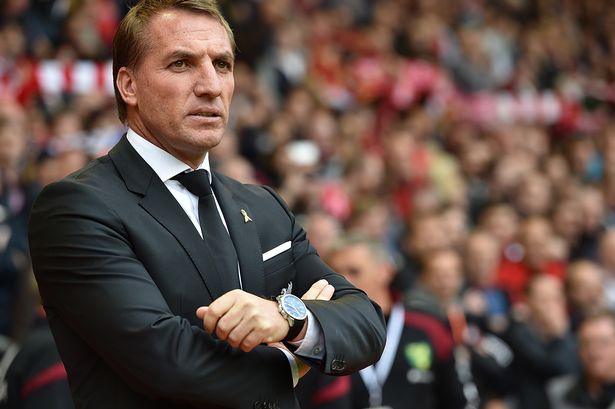 Last weekend we called Liverpool’s match against Norwich a must win game for manager Brendan Rodgers, and have a feeling that if the Reds should lose today at home to Aston Villa it will be nighty, night for the Northern Irishman.

The truth is that after having paid out £200 million for new players the owners back in Boston expect results, and will view another loss to what is supposedly a much poorer team, with Villa only managing one point in their first five games as unacceptable and will lead to Rodgers being replaced by Carlo Ancelotti if reports in the press are correct.

Team news for Rodgers is not that good either with £32.5 million striker Christian Benteke not fit to face his former club as he sits out with a thigh strain, along with Dejan Lovren and Roberto Firmino who are also injured following the midweek penalty shoot-out with Carlisle in the Capital One Cup.

Returning to the team will be Simon Mignolet in goal for midweek hero Adam Bogdan while depending on what formation Rodgers puts out it will definitely be Skrtel and Sakho in central defence with Clyne and Moreno on the wings.

A midfield comprising of Lucas, Can and Milner is certainly not the most creative, but it will allow for Moreno and Clyne to push much further forward while allowing for Coutinho to be the playmaker looking to supply the ball to Sturridge and Ings.