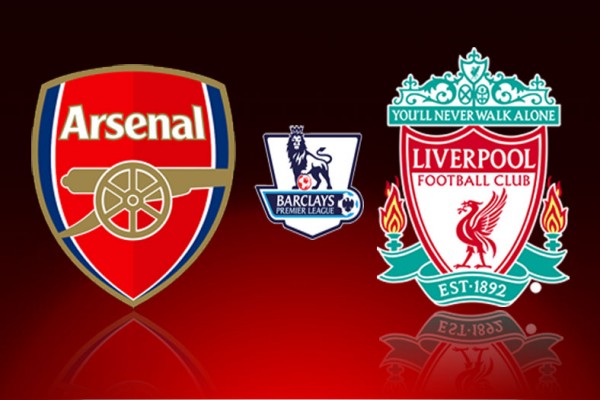 Liverpool travel south today knowing that a win over Arsenal at the Emirates would not only keep their perfect start to the season on track, but also give the players a massive physiological advantage for the tough run of games ahead which include a match with Manchester United at Old Trafford on September 12th.

Liverpool manager Brendan Rodgers has a big decision to make regarding captain Jordan Henderson, after the 25-year-old limped off the pitch during the Reds last game against Bournemouth, and while scans later revealed that there was no significant damage to Henderson’s foot, we feel that Rodgers will side with caution and rest the Wearsider for next weekend’s match with West Ham.

Elsewhere new signing, Brazilian Roberto Firmino is biting at the bit to play, but we feel Rodgers will not include him in the starting line-up, and bring him on in the second half should Liverpool find themselves needing a goal.

Tonight’s game will be all about containing Alexis Sanchez, while also not allowing Arsenal to dominate midfield, and while both teams like to play attacking football we feel Liverpool will be looking to continue their perfect start by containing the Gunners, while at the same time looking to hit them with Christian Benteke on the counter attack.

Simon Mignolet will once more start for the Reds knowing that he has so far managed to keep two clean sheets while not yet being severely tested thanks in part to a much better defence than the Reds had in place last season.

Again no major changes to report with Rodgers naming the same back-four he has used in the two previous games, but after having seen the way Spaniard Alberto Moreno flew out of the blocks when coming on against Bournemouth we may see Rodgers utilize him once more in the second-half.

This will be the key for Liverpool if they hope to come away from north London with points, and they know that they cannot allow players like Ozil and Cazorla any time on the ball by getting stuck in every time an Arsenal player is on the ball. Captain for the night will be James Milner, while we expect to Emre Can in a defensive midfield role while Adam Lallana with be charged with keeping Ozil and company busy by chasing down every ball.Out wide for Liverpool will be Philippe Coutinho and Raheem Sterling replacement Jordan Ibe, with us expecting both players to find plenty of room with both Mertesacker and Laurent Koscielny both bust trying to handle Christian Benteke.

Christian Benteke virtually gives you an extra player on the pitch as the 6ft 4in Belgium keeps both centre-backs occupied with his movement in the box. Also look for the big man to hold the ball well while creating opportunities for Coutinho and Lallana.

We feel that Liverpool has a good chance of upsetting Arsenal tonight and could easily come away with a win especially if they can turn the fickle crowd against the home side, and with Wenger not yet making any big signings for the Gunners it won’t take the Wenger out crowd to signal their disapproval if things go against them. With this in mind we are backing the Reds to come away with a win at BET365 at odds of 4/1.