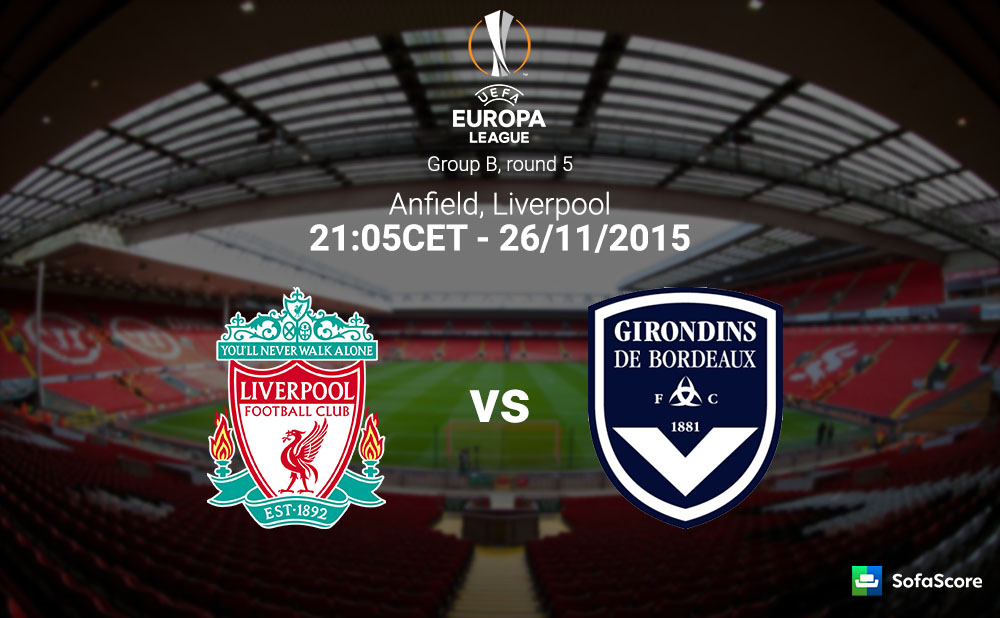 Following the 1-1 draw when the two teams first met back in September and on the back of the impressive 4-1 win last Saturday against Manchester City Liverpool manager Brendan Rodgers will look to rest a few first team players ahead of Sundays clash with Swansea City at Anfield.

Missing for Liverpool is Martin Skrtel through illness, meaning that Kolo Toure will be called upon to replace the Slovak international while Dejan Lovren remains the other centre-back at least until Mamadou Sakho recovers from his knee injury.

Out on the flanks it will be Alberto Moreno and Nathaniel Clyne whose job will be to stretch the French defenders.

Brazilian midfielder Philippe Coutinho will be missing as he nurses a slight hamstring strain he picked up against City, which allows for countryman Roberto Firmino to revert back to his normal attacking midfield role.

Ahead of the back-four we expect to see Klopp play Lucas Leiva, knowing that the Brazilian defensive midfielder is suspended for the match against Swansea, and will also give German Emre Can a rest for the weekend by playing Joe Allen after watching Can struggle to keep up towards the end of the match against City.

Jordan Ibe will start on the right wing opposite to Roberto Firmino while the energiser bunny that is James Milner gets to roam free in midfield.

Up front the Reds will play Christian Benteke as a target man with a home fixture almost guaranteed them to have most of the possession.

Meanwhile Daniel Sturridge is on the bench eager to play, and while he might get some time in the second half, Klopp does not appear to want to risk bringing him back so soon saying at his press conference yesterday: “Daniel is coming closer and closer so he can now train seven or eight times in a row – that is the longest period since I’ve been here,” said Klopp.

“My decision you will see but it is closer and that is very good.”

If you fancy having a flutter on tonight’s match we fancy Benteke to score first at odds of 10/3 and Liverpool to win 2-0 at odds of 8/1 both with BET365.