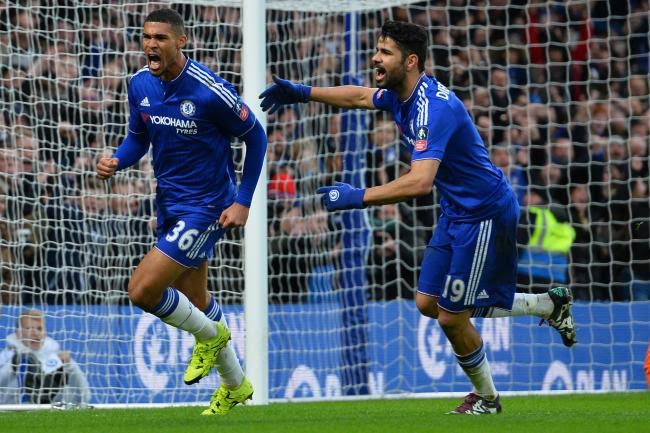 It is back to the business of bread and butter Premier League football as Chelsea prepares to take on Tony Pulis’s West Bromwich Albion Wednesday night at Stamford Bridge, following an easy 2-0 win over Scunthorpe on Sunday, that saw 19-year-old Ruben Loftus-Cheek not only make a huge impact when he came on in the second half, but scored his first goal as a Chelsea player.

Dutchman Gus Hiddink has hinted that the youngster may be included in his plans as he attempts to rescue Chelsea’s season.

“We have a lot of games to go and I was happy with his performance [on Sunday],” Hiddink said in his pre-match press conference on Tuesday.

“The first day I came in I had not seen the statistics of when the players were born and I thought he was 22 or 23. He is a big guy, but he is 19 which means he still has a lot to learn and to get his experience, but whenever it is possible he will get his minutes.”

While taking into account that the Blues face Everton on Saturday and that both Oscar and Nemanja Matic have injury concerns, we expect to see Loftus-Cheek given the start.

Loic Remy is back fit for Chelsea which means Hiddink now has another option open, but despite this he is almost certainly going to be starting from the bench.

“Remy is joining the group,” Blues boss Hiddink said on Tuesday. “He’d been training individually but in the last two days he practiced with us.”

Meanwhile Eden Hazard still remains side-lined along with Radamel Falcao which has us opting for the following starting team.