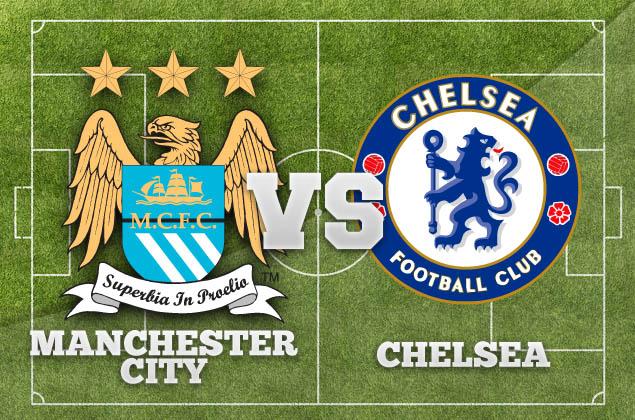 Chelsea travel to Manchester City on Sunday following a disappointing draw against Swansea last weekend in the season opener at Stamford Bridge, and while the Blues boss hopes it will be the antics on the pitch that make the headlines rather than what he has to say, Mourinho if nothing else is not stupid, and will not let dropping points to Swansea effect the way he will set up to play the team he considers to be his biggest rivals for the title.

What we have seen in the past from the Portuguese manager when it comes to playing top teams away is that he is very much happy with a draw, and knowing that, should Chelsea be a goal up with 20 minutes to play you can expect the 52-year-old to park the bus and try and hang onto a win.

This game is very much City’s to win after their resounding 0-3 win over West Brom at the Hawthorns, and while Manuel Pellegrini’s men will come out swinging for the fences, you have to feel that defensively at least Mourinho has his counterpart Manuel Pellegrini’s number, and will be quite happy to play for a draw which is why we fancy a 1-1 result with BET365 at odds of 6/1.Missing of course will be Thibaut Courtois following his sending off against Swansea, but in Asmir Begovic the Blues have a top-class keeper equal to City’s Joe Hart.There is also some doubt over Oscar playing after the Brazilian picked up a slight injury during training.

With no Petr Cech to rely on Mourinho will have to play Bosnian international Asmir Begovic, and will know it is a great opportunity for the new signing to show the boss that he is more than capable of filling in for the suspended Thibaut Courtois, and even fancies himself to replace the Belgium No.1.

Last season Chelsea had the best defence in the Premiership with Branislav Ivanovic at right-back, Spaniard César Azpilicueta over on the left-flank with the partnership of John Terry and Gary Cahill in the heart of the back four. Tomorrow they face the difficult task of not only dealing with Sergio Aguero, but also City new boy Raheem Sterling.

Midfield is probably where the game will be decided, which is why Mourinho will opt to play Ramires even if Oscar was 100% fit. Ramires brings more meat and potatoes to the table which is why Mourinho always seems to pick him when Chelsea takes on top opposition like City away from home.Nemanja Matic, meanwhile, will be tasked with the job of keeping David Silva and Yaya Toure occupied something which was impossible for Tony Pulis men to do last Monday. Meanwhile much will be expected from former Arsenal and Barcelona midfielder Cesc Fabregas with the creative playmaker the man everyone will be expecting to provide the inch perfect through ball for Costa to score with.

We don’t think Mourinho will be able to surprise us this weekend with Diego Costa playing up-front with Eden Hazard and Willian alongside him to provide what Chelsea fans hope will be a moment of brilliance in what should prove to be a finely balanced match.