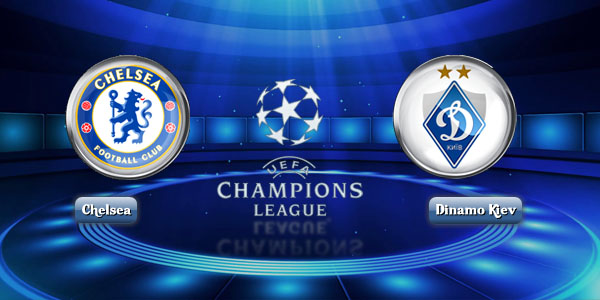 Chelsea may still be reeling from Saturdays home defeat to Liverpool their sixth of the season, which now has manager Jose Mourinho needing to turn the tide or possibly face the sack with tonight’s Champions League clash against Dynamo Kiev allowing the “Special One” the change to stop everyone guessing about his future for now at least if the Blues can come away with a convincing win.

Sometimes having too many big names to choose from in a squad can be as difficult as hardly having any for a manager, which in Mourinho’s case is multiplied by the number of stars he has at his disposal who are bang out of form at the moment.

All you have to do is look at Eden Hazard, Nemanja Matić and Cesc Fabregas and ask yourself if they deserve to start given how they have let the Portuguese boss down with their performances since the start of the season.

So bearing all that in mind we have selected the squad we think Mourinho will pick given the current injuries to Thibaut Courtois and Radamel Falcao who are both ruled out, while on the bright side both Branislav Ivanovic and Pedro were both back in training and could feature in what meteorologists predict will be a rainy night in west London.

Asmir Begovic will be in nets once more which given the poor results we cannot lay at the feet of the Bosnian it does offer up the question as to how well the Blues would have been fairing should Chelsea have kept Petr Cech at the club rather than letting him join Arsenal.

At the heart of the Chelsea defence we expect to see no changes with both Terry and Cahill starting, while Cesar Azpilicueta starts out left with Kurt Zouma on the right, meaning no place in the starting line-up for Ivanovic despite the Serbian’s return to training.

Nemanja Matic and Cesc Fabregas were both side-lined in the 3-1 loss to Liverpool, and despite the Duo’s experience, that is exactly where we expect to see them tonight. In the past Mourinho has turned to Ramires and John Obi Mikel when he needs a partnership he can depend upon which is why despite the pair starting in the loss at the weekend we expect to see them in the 52-year-olds starting XI.

Willian was easily Chelsea’s best player against Liverpool and along with Costa and Begovic will be the first names written on Mourinho’s team sheet. Oscar nearly pulled off a long-range chip on Liverpool goalkeeper Simon Mignolet, and all round put in a decent performance, which is more than can be said for Belgium international Eden hazard who we expect to see start despite being substituted at the weekend with the belief being that at some point he will show what made him last season’s PFA player of the year.

Diego Costa escaped a ban for a petulant kick against Martin Skrtel at the weekend and as you can see from the effort he has been putting in it’s only a matter of time before the goals will start to come again for the Spaniard.