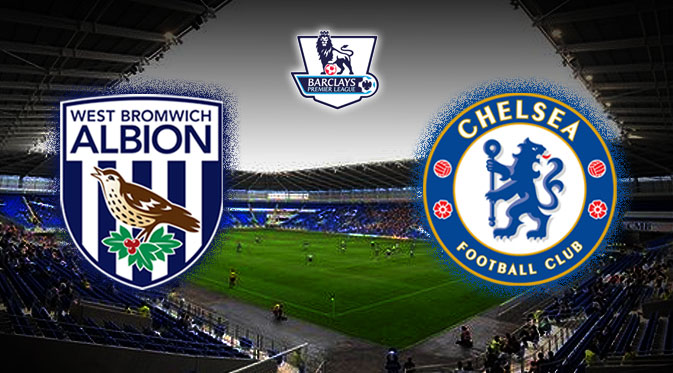 Last weekend’s pasting at the Etihad showed that the Blues aging defenders can be taken advantage of as was proved by Raheem Sterling and Sergio Aguero, which leads us to predict that the trusted Branislav Ivanovic may get a rest as Mourinho swaps Cesar Azpilicueta over to the right flank in order to give new boy Abdul-Rahman his debut at left-back.

Pedro could also be set to make his debut for the Blues while at the same time nailing the coffin shut on Juan Cuadrado, who has proven to be a costly mistake since arriving from Fiorentina in January.

West Brom will not be the free flowing team that lost 0-3 to Manchester City earlier this month, with manager Tony Pulis likely to line up with five across their midfield in what should prove to be a very tight game that will need a touch of brilliance from Eden Hazard to give Chelsea the edge.

Asmir Begovic will again start in goal for Chelsea while Thibaut Courtois completes his three match ban, and despite the score line against City last weekend it could have been much worse had the Bosnian international not made a couple of spectacular saves.

Despite getting the run around from Sergio Aguero last Sunday we expect to see both Captain John Terry and Gary Cahill retain their places at the heart of the Blues defence while Cesar Azpilicueta moves to the right-wing to make room for Abdul-Rahman.

Expect to see a new looking midfield that contains Pedro wide right, while both Matic and Fabregas maintain their regular spots in front of the back four.Much will be required from Belgium international Eden Hazard on the left wing with both him and Pedro expected to stretch the Baggies defence while Brazilian midfield maestro Willian patrols the centre of the park.

An easy one here providing Diego Costa is fit, as the Brazilian-born Spaniard will always be the first name of Mourinho’s team sheet when fit to play.