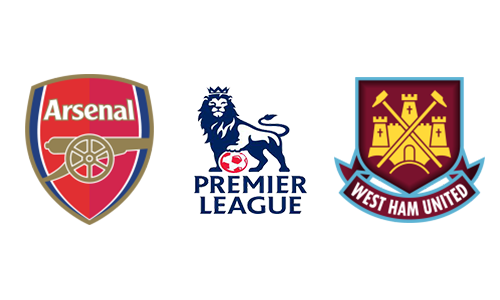 Fresh from their 1-0 win over Chelsea last weekend in the Community Shield, and buoyed by the fact the Blues were held to a 2-2 draw at home to Swansea Saturday, Arsenal manger Arsene Wenger is looking for a win in the Gunners season opener at the Emirates on Sunday afternoon.

Missing for Sundays clash with West Ham due to injury will be Jack Wilshere, Tomas Rosicky and Danny Welbeck, while Chilean international Alexis Sanchez is still working on his fitness after being given time off following Chile’s Copa America win.

Making his home debut for the Gunners however will be summer signing Petr Cech, with the only question mark surrounding Wenger’s team being whether or not Theo Walcott gets the start up front over Olivier Giroud, and given how Arsenal managed to beat Chelsea we are siding with Wenger to give the England international the start over the former Montpellier striker.

Former Chelsea shot stop Petr Cech is now the Gunners number one, with big things expected of the veteran as Arsenal is considered to have their best chance in winning the title in ten years now that the 33-year-old is between the posts.

As far as the back-four is concerned we do not expect to see a change from the team that Wenger put out at Wembley, with Laurent Koscielny and Per Mertesacker at centre-back, while Bellerin and Monreal continue out wide as the preferred choice to Mathieu Debuchy and Kieran Gibbs.

In front of the back-four you can expect to see Santi Carzola and Francis Coquelin, while last weekend’s goal scorer Alex Oxlade-Chamberlain will start on the right, with German international Mesut Ozil wide left leaving Welshman Aaron Ramsey to take on the role of a central playmaker.

With speculation continuing that Real Madrid striker Karim Benzema may be on his way to the Emirates, both Theo Walcott and Olivier Giroud need to show Wenger that they deserve to keep their places in the team, and given the way last weekend’s match went, we expect to see Walcott get the start before Wenger brings Giroud on during the second half.