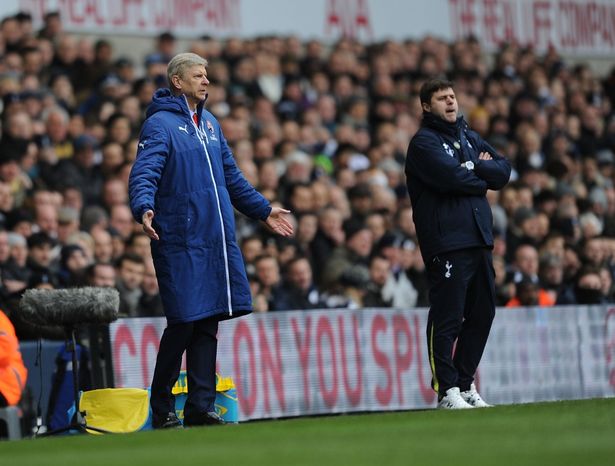 Arsenal travels to White Hart Lane tonight to take on Spurs in the Capital One cup, a competition that for the top clubs in the Premiership is becoming just an added fixture on an already crowded season that they often field fringe players in not caring if they were to get knocked out or not.

Tonight’s north London derby however is different with both clubs putting their fierce rivalry above whatever competition they are playing in, so you can expect to see both teams put out their first-team players for what could prove to be a match more about bragging rights rather than about progressing in the competition.

A loss for Arsenal would mark three matches in a row following the debacle at Stamford Bridge last weekend, and Wenger’s mistake of fielding a below par team against Dinamo Zagreb in the Champions League midweek, and he knows that another loss would kill any momentum the team had with their Premier League ambitions of competing for the title this season.

Spurs meanwhile are on a high following their victory over Crystal Palace on Sunday, that has manager Mauricio Pochettino eager to keep the wins going, despite his opinions on the value of the competition knowing that a win over the neighbours will sit well with the clubs supporters who always seem to be in the shadow of their fiercest rivals.

Arsenal will be without Santi Cazorla following his red card against Chelsea with Wenger’s lack of signing a defensive midfielder coming back to haunt him following an injury to Francis Coquelin that will see the Frenchman join Tomas Rosicky, Jack Wilshere and Danny Welbeck on the disabled list.

Some good news for the Gunners is that Per Mertesacker is now available following an illness and could feature tonight in place of Gabriel who was also red carded at the weekend.

Here is what Gunners boss Wenger had to say about tonight’s team selection: “Francis Coquelin will be out and we have no major problems for anybody else. His knee is swollen and he is being assessed but we hope it is just a short term problem.

“Alex Iwobi, and maybe Glen Kamara. I want to keep the squad together. We go game by game so I will make changes, for sure.

“How many? I’ve not decided yet. It will be quite an experienced squad with one or two younger players.

“They are in and out a little bit because we travel a lot. They are doing well. Alex Iwobi is an offensive player and Glen Kamara is more a defensive player. I don’t know yet if he will be involved tomorrow but we will see.”

Below is our predicted Line-Up for Arsenal in what is for the fans at least a must win game.