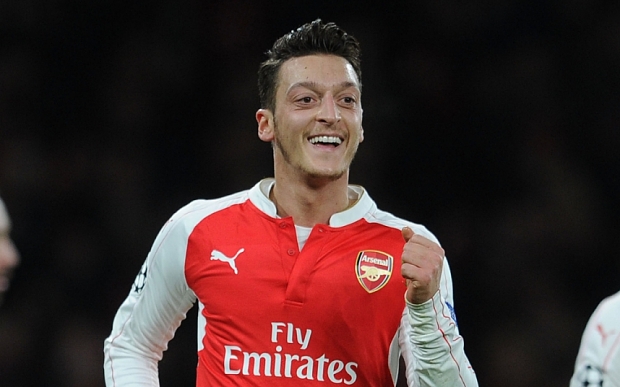 Arsenal manager Arsene Wenger has called upon his troops to avenge the Gunners 4-0 loss at St Marys on Boxing Day, and according to the Frenchman “put things right.”

The home side tonight is buoyed by the return of Chilean international Alexis Sanchez who is expected to make his return to the Premiership after a two month absence due to a hamstring injury.

“They (Southampton) gave us a tough game last time and we have to put that right,” Wenger told reporters at his pre-match news conference.

“The message (this time) is that we play at home and we want to put a strong performance in because the strength we show at home now in the remaining games can be decisive.”

Arsenal played well enough in the 2-1 win over Burnley last Saturday and the pairing of new signing Mohamed Elneny and Francis Coquelin worked well, but we don’t see Wenger dropping Aaron Ramsey in favour of the Egyptian international, but we do expect to see the former Basel man get plenty of action from the bench.

Laurent Koscielny and Gabriel had their scary moments during the match, and can be prone to mistakes, which means that if Shane Long and Charlie Austin chase down every ball it will put a huge amount of pressure on the Gunners back-two.

Per Mertesacker should return for tonight’s match, with us up in the air as to whether or not Wenger will give Koscielny a rest and stick with Gabriel or not.

With Petr Cech returning between the posts, the defensive pair will be told in no uncertain terms as to what to do with the ball as the veteran shouts out his orders, unlike the uncertain Ospina and his lack of guidance.

Out on the flanks it is Bellerin and Monreal once more hoping to carry on with yet another fine performance while Coquelin and Ramsey patrol in the centre of the Park.

Mesut Ozil will once more be the key to getting things done and with Sanchez back on the left he should provide the little German with plenty of opportunities to get the ball to him, unlike Walcott, who was obviously not at home playing on that side of the pitch.

Despite the assist from Alex Oxlade-Chamberlain in the Burnley game we cannot see Wenger not playing Joel Campbell wide right given his performances so far this season, and with Olivier Giroud at the head of the attack it means Walcott and the Ox will have to settle for the bench.

Have a look at our starting XI and see if you think Wenger will make a different selection.