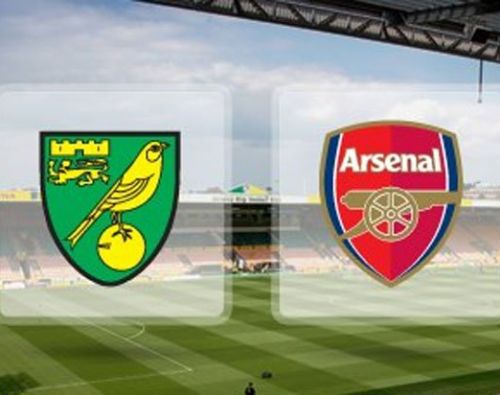 Arsenal travel to Carrow Road this afternoon to take on Norwich hoping to get their Premier League title bid back on track after having slipped up against West Brom at the Hawthorns last weekend, losing 2-1.

Arsenal were considered to be one of the front runners for this seasons title race, but have slipped up of late winning just two of their last six games that have taken a toll on Wenger’s injury ravished squad just as we prepare to enter the toughest period of the season.

Also missing through injury is Theo Walcott, with manager Arsene Wenger still sweating on the fitness of Alexis Sanchez and Joel Campbell ahead of the clash with the Canaries.

Some good news however is that the Gunners will welcome back Welshman Aaron Ramsey and England international Oxlade-Chamberlain.

Given no further updates before the game, which the Gunners travelled to by air yesterday flying for 14 minutes from Luton they should be all rested after a good night’s sleep in a hotel, here is our predicted starting XI.

Petr Cech will of course start in nets, with us wondering what Arsene Wenger made of on loan keeper Wojciech Szczesny nightmare in Barcelona as the Catalan giants put six goals past the Polish international in Roma’s 6-1 Champions League loss.

With back-four Hector Bellerin, Per Mertesacker, Laurent Koscielny and Nacho Monreal all fit and available, Wenger has no defensive issues to worry about.

Mathieu Flamini will continue to play alongside Santi Cazorla for the injured Francis Coquelin, while Aaron Ramsey will play out right hoping to set up more chances for striker Olivier Giroud than he has seen of late. Despite waiting on a late fitness test we are almost 100% that Alexis Sanchez will be available to play while Mesut Ozil continues to impress us in that No.10 role that he plays so well when it comes to the attack side of the game at least.

Olivier Giroud looked hungry against Dinamo Zagreb midweek and with the addition of Ramsey back in the team we expect the Frenchman to be among this afternoons goal scorers.