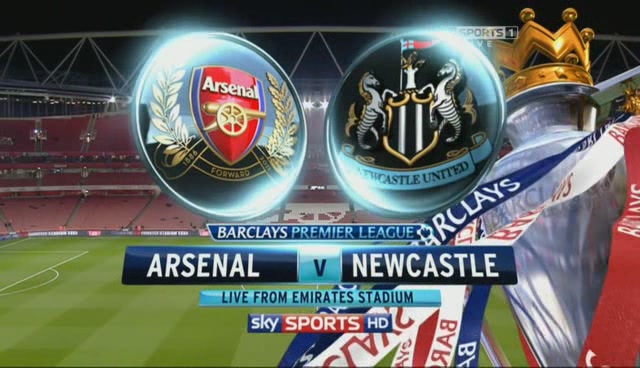 Arsenal hopes to kick-off the year with a win at home to struggling Newcastle United this afternoon and remain top of the Barclays Premier League.

The Gunners bounced back with a 2-0 over Bournemouth their last time out following a slight hiccup at Southampton, and will be looking to get maximum points against Steve McClaren’s Magpies, knowing they have some tough upcoming fixtures against Liverpool, Stoke City and Chelsea.

After being rested for the match against Bournemouth with what was called a minor ankle injury we expect to see Mathieu Flamini back in the side playing alongside Aaron Ramsey with Calum Chambers making way.

Chilean Alexis Sanchez will not take part in this afternoon’s match at the Emirates, but is pencilled in to return to the side when they take on Sunderland in the FA Cup on January 9th.

No rocket science needed to figure this one out, as it is Petr Cech of course, and whether or not Arsene Wenger brings Ospina in for the FA Cup clash against Sunderland we will have to wait and see.

Run all day Hector Bellerin is so firmly embedded as the Gunners first-choice right-back that teammate Mathieu Debuchy will most likely be on his way this January in search of first team football elsewhere. Arsenal will be looking to get around £12 million for the 30-year-old Frenchman, but may have to settle for a little less of perhaps make him a part of any new signings Arsene Wenger is looking to make during the January transfer window.

Centre-back Gabriel Paulista will be given another run out following his standout performance against the Cherries, in which we also saw the Brazilian defender score his first goal for the club.

Alongside Gabriel we expect the return of Laurent Koscielny while German defender Per Mertesacker enjoys the match from the bench.

At left-back Nacho Monreal is a no brainer with the Spaniard making the starting spot in the team his own last year after some standout performances for which we feel he does not get the credit that he deserves.

Depending on how serious the ankle injury was to Mathieu Flamini we expect to see the Frenchman back in the team playing alongside Welshman Aaron Ramsey at the expense of youngster Calum Chambers.

We expect to see Theo Walcott played wide left today, where he will be able to cut inside with the ball on his favoured foot.While we would like to see Ozil given a rest it is hard to imagine dropping the team’s best player and especially so when you consider the goal scoring opportunities he has provided for his teammates.

Costa Rican midfielder Joel Campbell will start wide right, and with all the talk of him being used as a make weight to bring Celta Vigo striker Nolito to North London a good showing would do him no harm whether he goes or is to become a permanent fixture in Arsene Wenger’s starting XI one day.

Gunners top scorer in 2015, Olivier Giroud will once more spearhead Arsenal’s attack hoping to add to his tally of ten goals so far this season, which is why we are backing the Frenchman to score a goal anytime at odds of 8/13 with Bet365.