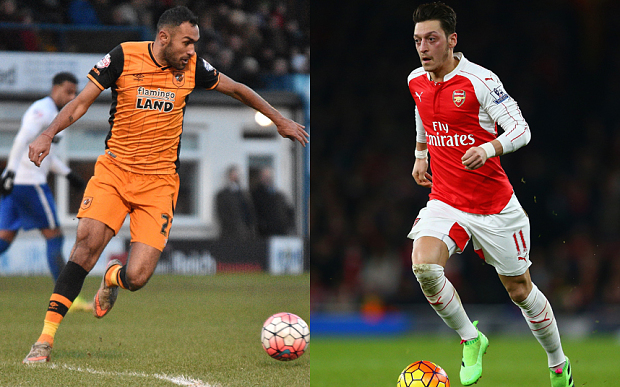 The FA Cup returns to the Emirates this weekend when Arsenal takes on Hull City, and while the Gunners have been so successful in the competition having won it the last two years you cannot help but find it a bit of a distraction from what really matters, and that is winning the Premier League title, never mind the upcoming Champions League clash against Barcelona on Tuesday.

With the Barcelona match just three days away we expect to see a few changes to the team that won the hard fought battle against league leaders Leicester City last weekend.

This is the third year in a row that Arsenal have played Hull City in the FA Cup, and for the third time in succession we feel Arsenal should come out top despite what Wenger says about only tweaking the team:

“We play them every year in the FA Cup!

“We know them well and they are in a strong position in the Championship.“We will play a strong side. A normal side.”

The first change we will see to the team that played Leicester is David Ospina starting in goal rather than Petr Cech.

As for the back four, the Gunners have no natural replacement for Spaniard Hector Bellerin at right back, so we expect Calum Chambers to start, next to a pairing of Laurent Koscielny providing he passes a late fitness test and Per Mertesacker given the fact that Gabriel is unavailable through injury. At left-back Kieran Gibbs can allow Monreal to have the day off.

In midfield Wenger will start Mohamed Elneny, but will have to decide who he wants to rotate between Francis Coquelin and Mathieu Flamini, with us opting for the younger of the two, to be given a rest given his knee issues.

Playmaker Mesut Ozil is almost guaranteed a day off to help prepare for the match against his possible future club if all the speculation in the press regarding a summer move by the Catalan giants is correct, which presents the perfect opportunity for Alex Iwobi to start.

With both Joel Campbell and Theo Walcott having spent a fair amount of the time on the bench lately, they will be given the start with the England forward in for Giroud up top and Campbell out on the right wing.

While now fit Alexis Sanchez of course wants to play, but given the fact he is the Gunners biggest weapon he needs to be fit to face his former club and will start for Arsenal from the bench, leaving last week’s hero Danny Welbeck to get his first start in ten months.

Given all the changes we expect Wenger to make this could be a tricky test against Steve Bruce’s side, but given the importance of the Barcelona game we feel as though Wenger has no choice but to rotate players.

Have a look at our line-up below and see if you agree with our selection.