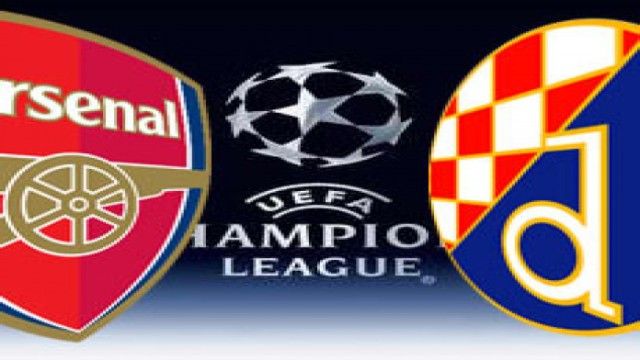 Arsenal of course still has a mathematical chance of qualifying for the knockout stage of the Champions League despite being at the bottom of Group F along with tonight’s opponents Dynamo Zagreb, but know that anything but a win at the Emirates and it is all over.

Some fans are even starting to ask given the current team injuries if it would not be better to be out of the competition all together and concentrate on winning the Premiership, the answer to that question however is a non-starter as the Champions League brings in plenty of revenue for the club that hopefully Wenger will put towards some new players in January.

Speaking ahead of tonight’s match Gunners boss Wenger said:“In the last two games we have dropped points. We know as well that before that we won five games on the trot and you can go through a spell like that – it is how you respond to that and that is what makes your season”.

“That is why it is a good test for us. It is true that we need a positive result from Bayern, but that only has an impact if we win, so let’s focus on what we can do”.

“I believe that when everybody is back we have a squad to compete in both [the Premier League and Champions League]. If we go through now in the Champions League we can be very dangerous for everybody”.

The big news for Arsenal is of course the loss of Francis Coquelin to a knee injury that he picked up against West Brom at the weekend, which has us believing that the logical choice for Wenger to make is to play Mathieu Flamini in Coquelin’s place, there by not upsetting Santi Cazorla in any way, still allowing the little Spaniard to continue his playmaking from a deep-lying midfield position.

Arsenal fans will of course hope to see Petr Cech remain in goal, yet we have this funny feeling that Wenger may once more give the start to David Ospina, which would be a sure sign as to the Frenchman’s mind-set regarding the competition given the fact he is already thinking about the Europa League.

“We would take the competition seriously – but we are not out yet,” he told reporters.

“I believe that this problem is exaggerated a little bit in England because we play Wednesday and Saturday, so it is the same as Thursday and Sunday. I can’t see the difference.

“There are plenty of examples in Portugal and Spain where teams have taken it seriously and won the championship. Benfica are the example, Sevilla have done well.”

Another sign that he is resigned to playing in the second tier competition will be if he decides to rest Laurent Koscielny in favour of Gabriel Paulista.

Welshman Aaron Ramsey is fit once more, but it’s hard to see Wenger putting him back into the fray after having taken part in just one training session.

Kieran Gibbs had a bad game against West Brom so would could see Joel Campbell start on the right allowing Alexis Sanchez to move over to his preferred left wing position . Up front of course will be Olivier Giroud who we fancy betting to score at any time with odds of 8/13 with Bet 365.

Forget all the chances Wenger has to rest players ahead of the busy December schedule, and make no mistake that the Gunners are playing for a win which other than being without Coquelin means Wenger will start his best possible XI.