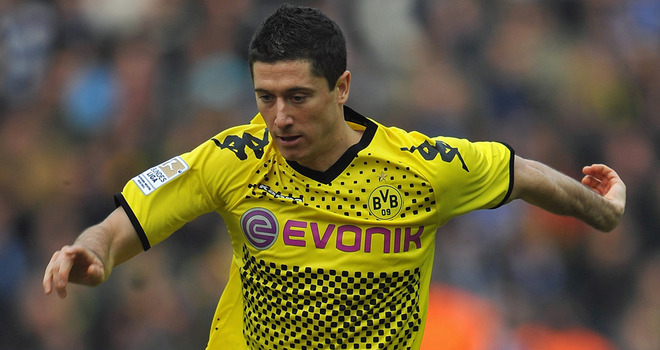 The Polish international is in the last year of his contract with the Westphalia team and has refused to sign a new contract adding to the speculation that he will join former teammate Mario Götze at German rivals Bayern Munich.

Premiership side Manchester United and Chelsea had both been interested in signing the Polish star, but like so many of the big names in German football it is very hard to get them to leave Germany.

Pilka Nozna are claiming that the 25-year-olds agent and representative from Bayern Munich have already met and agreed terms for Lewandowski to be at the Allianz Arena for the next four years.