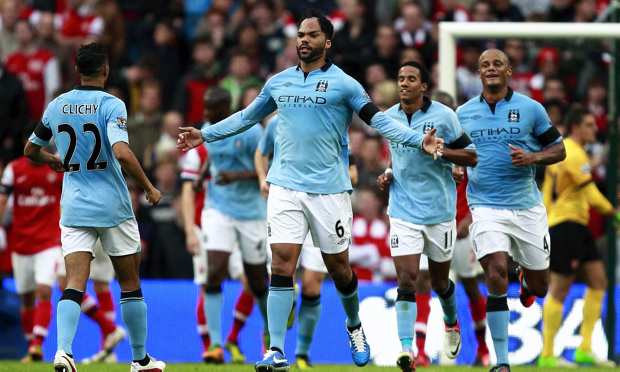 Joleon Lescott is saying that he has no bad feelings towards Manchester City as he looks to make a quick decision regarding his future.

Manchester City have decided not to offer the 31-year-old an extension to his existing contract with the club after making just ten appearances in the Premier League last season.

“It is the end. I know I’m going to be leaving,” said Lescott in the Manchester Evening News. “We’ve had a good relationship; this club has been a big part of me.

“As far as I’m concerned it’s the end. If something changed then great but if not there are no hard feelings between me and the club. I’ve had a great relationship with them.

“I know the business side of it. We’ve been successful and I hold no grudges.

“Everyone talks about how you look back when your career has finished on what you’ve won, and I can look back and say I’ve won some amazing things.

Several top Premier League sides are said to be interested in the former England defender including his former club Everton. Leading the pack however is Turkish giants Besiktas who would like to wrap up a deal as soon as possible.

“I’m going to see what’s best for me and my family and then make a decision,” he added.

“I’ve spoken to a number of clubs in different countries. There’s been no decision made. But I want to get it sorted soon. I don’t want to leave it till after the World Cup. But at the same time I won’t rush.”