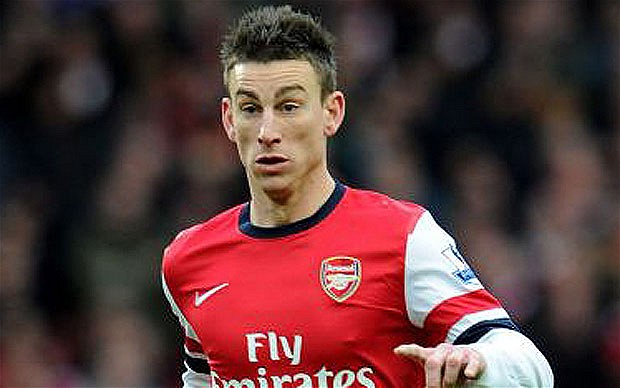 In a run up to this weekend’s FA Cup final between Arsenal and Aston Villa Sport magazine interviewed former Arsenal right-back Lee Dixon to ask his thoughts on how he felt the match might go.

Who is Arsenal’s key player for this match; the one they can least afford to lose in the build-up?

“Looking at both ends of the pitch, I think Arsenal have enough creative players that if someone got injured, somebody else could step in. Theo Walcott and Jack Wilshere are just back from injury, so it could be a chance for one of them. So a more key player is Laurent Koscielny. He’s had a great season, and Villa pose a threat going forward. If Koscielny were to be missing, well, Gabriel [Paulista] hasn’t played a lot. The defence would be much less stable.”

How do you assess the balance of the Arsenal team right now?

“It’s clear what they’re good at: possession football, keeping the ball in tight areas and playing little triangles of passes. When it works, it’s lovely to watch. I think being able to change against teams who get everybody behind the ball is what they need to work on. They have improved on that this season. They’ve been allowing teams more possession, trying to hit them a bit more on the break. So that’s been a noticeable change – but it can still improve.”

“Containing and stopping Christian Benteke. He’s their stand-out striker and a player who, if he’s getting enough of the ball, can win a game on his own. Benteke is a goal threat like no other in the league. He’s a one-off type striker. The two Arsenal centre-backs will certainly know they’re in a game.”

What do Arsenal need for next season, to make them real title contenders?

“You aren’t allowed, as a top manager, to not make any signings. That’s the pressure you’re under. You can’t just let a team develop naturally, and that’s a sad thing. That said, Arsenal do need a top-drawer striker with Olivier Giroud. I don’t know if you win the league with Giroud alone [in the squad]. Danny Welbeck is there, but he doesn’t play down the middle very often, so Arsenal need another central striker. They might also need a world class goalkeeper, whichever one [of David Ospina or Wojciech Szczesny] starts the final.”

How do you see the game going?

“It will be really tight. If Arsenal and Villa play their best, you’d probably have Arsenal coming out on top. But that’s not how football works. Villa pose a lot of problems, as Tim Sherwood is getting the best out of quite a few of their players. Knowing the type of character Tim is, he’ll have them fired up and prepared. I suspect Arsenal will have more of the ball, but they must make it count because Villa have the ability to hit you on the counter. It’s intriguing.”