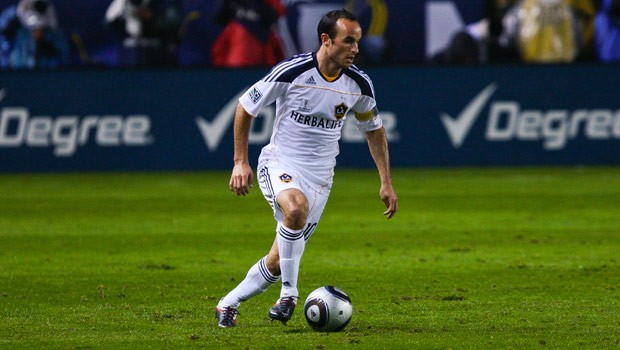 American international Landon Donovan is looking to return to Everton for a third spell on loan following the end of the MLS season where he plays for the L.A. Galaxy with the aim of staying sharp in the run up to next summers World Cup in Brazil.

When speaking with the British tabloid newspaper The Daily Mirror Donovan said:” I would absolutely love to go back – and there’s no doubt I will at some point.

“I miss the people. I miss the players a lot, and I miss just the positive energy of the fans walking into the stadium and how much they care about the club.”

There has also been talk about Donovan’s American teammate Clint Dempsey also joining Everton on loan from the Seattle Sounders.

If manager Roberto Martinez can land the two Americans for the Toffee’s Everton will certainly be able to maintain a challenge for European football next season.