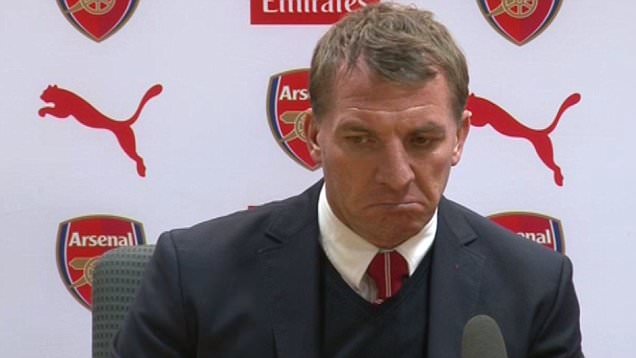 After watching his side hold Chelsea to a 1-1 draw at Stamford Bridge yesterday, Liverpool manager Brendan Rodgers feels as though it was fine margins that separated the teams at the top of the table.

The Northern Irishman was upbeat after the match despite knowing that Champions League football was now gone for next season he cited his side’s misfortunes and Chelsea good luck as being what aided the Blues success.

“The difference is pretty clear. At the end of last season when we nearly won the league, Chelsea signed three players in [Thibaut] Courtois, [Cesc] Fabregas and [Diego] Costa and won it this season,” said the Irishman.

“We’ve lost three starters in [Luis] Suarez, [Daniel] Sturridge who has been injured and young Jon Flanagan – that’s over 50 goals.”