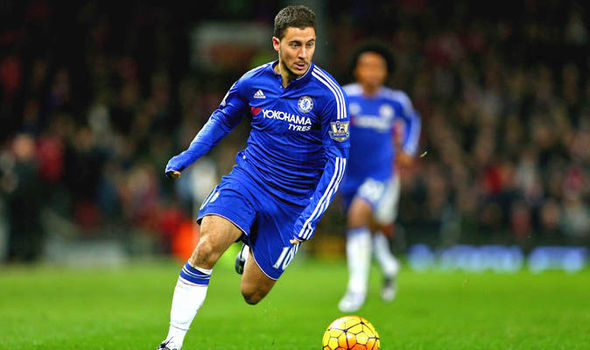 Following a so far disappointing season at Stamford Bridge Chelsea bosses were expecting an exodus of several players next summer including Belgium international Eden Hazard.

New Real Madrid trainer Zinedine Zidane is known to be a huge admirer of the 25-year-old winger and had club president Florentino Perez earmark him as the clubs “Galactico” signing for next summer.

With a possible Fifa ban looming that could see the Spanish giants banned for two transfer windows, reports suggest that the time table to sign Hazard has been brought forward and that they will make their move for the Chelsea star within the next few days, with the Sun claiming that the football authorities in La Liga have given Los Blanco’s an edge by extending the Spanish transfer window by an extra day so as to fall in line with England.

Should Chelsea decide to let Hazard leave it will be for an incredible £80 million that will allow the clubs next manager plenty of spending power for the summer.