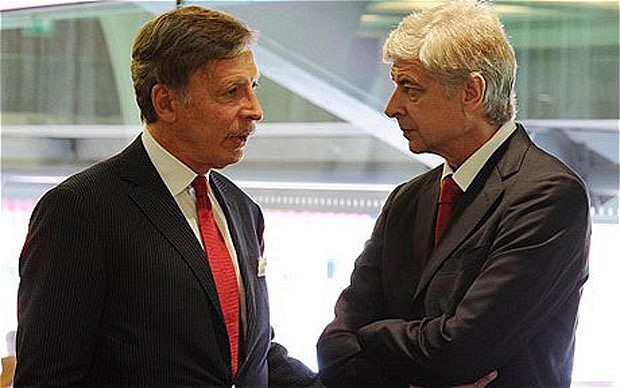 Wenger has so far not signed a new contract but has suggested that unless he changes his mind he will do so at the end of the season.

British tabloid newspaper the Daily Mirror is reporting that Kroenke and the rest of the board are fully behind Wenger and his aspirations for the team.

Arsenal has a big spending spree planned for the summer as they look to bring in two big name signings as well as other players in their hunt for trophies.

Of late the Gunners have been plagued by injuries which have seen them only manage two points from a possible nine leading to certain fans once again to call for Wenger to step aside.

The board however remains firmly behind him and if you look at the work on the academy and improvements to the training ground it all points to the 64-year-old Frenchman staying in charge of the club.