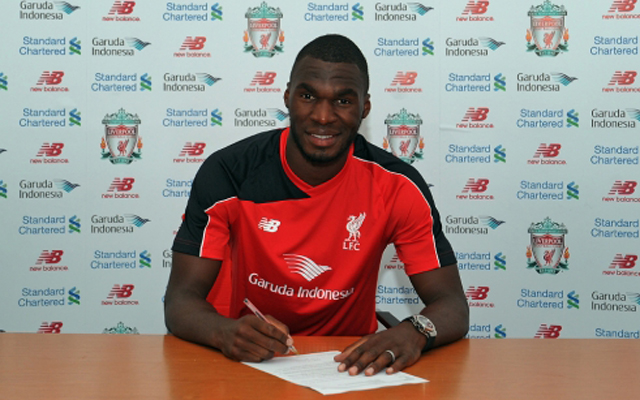 The 24-year-old striker scored a wonderful volley against Swindon Town at the weekend, his first goal as a Liverpool player, leaving Kolo Toure happy that the two are now playing on the same team, and when speaking about his new teammate the Ivorian said: “To score on your debut, and what a great goal it was, will give Christian the confidence to have a great season.

“It was his first game for quite a while and was really important for him to score a fantastic goal.

“It is always difficult playing against a striker like him because he is really strong, can hold the ball up, set up other players and score.

“I am definitely happier to have him on my side than to have to go against him.”

Liverpool kicks-off the new season at the Britannia Stadium on Sunday against Stoke City with the memory of the last game of the season that saw them thrashed 6-1 at the hands of Mark Hughes team, and while Benteke will almost certainly start, Liverpool manager Brendan Rodgers has hinted that other new boy, Brazilian midfielder Roberto Firmino may have to wait a while before playing his first Premier League game saying: “Benteke is further down the line than Firmino.

“Playing in the role Firmino is, down the middle and around the sides, you need a lot fitness in that position.

“You need to gauge the players and that is the first time we have seen them in a game situation. They are obviously a number of weeks behind the others.”

In contrast to the players considered not yet ready Slovak defender Martin Skrtel is ready to go eager to wipe away the memory of last season’s horrific loss.

“Obviously we can use that as motivation to drive us on into this season. However, this will be a different game and a different season.”

Skrtel added: “I am pretty sure we will be stronger and better this time. We have to forget about the last game there and start from the beginning again.

“You cannot do anything about who you are given to play in the first game. You have to accept it.

“We have to start the season somewhere so we must make sure we go to Stoke, start well and have a different outcome.”