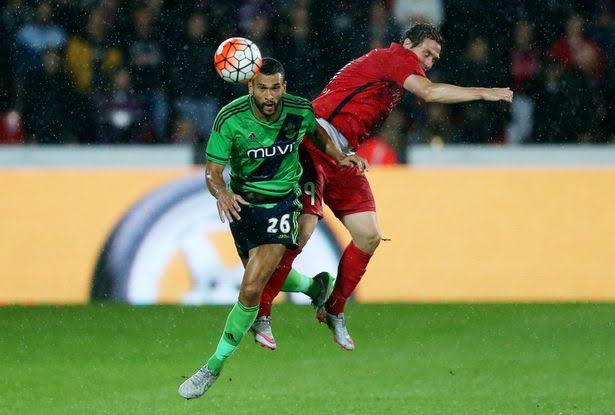 Despite his short comings when playing against Liverpool, Reds new signing Steven Caulker is “the best solution” to Liverpool’s current defensive crisis according to manager Jürgen Klopp.

The Merseyside club have managed to secure the QPR defender on loan until the end of the season despite the 24-year-old England international failing to get much if any game time while he was on loan at Southampton.

When speaking about his new signing Klopp said: “Martin Skrtel is not available for around about the next five weeks. Then we have the little muscle injury with Dejan – he’ll be available in one week.

“Then you have Mama with a little knee issue – he can play, but it’s not perfect and you cannot bring him three or four times in a row throughout the season. And it’s the same for Kolo, so would mean we are always in this situation, do we have enough or not?

“So we thought, ‘Yes, good idea’. We looked for Premier League experience, we looked for a good header of the ball because we want to press the opponent and so they have to play long balls. And we’ve found it with Steven Caulker.