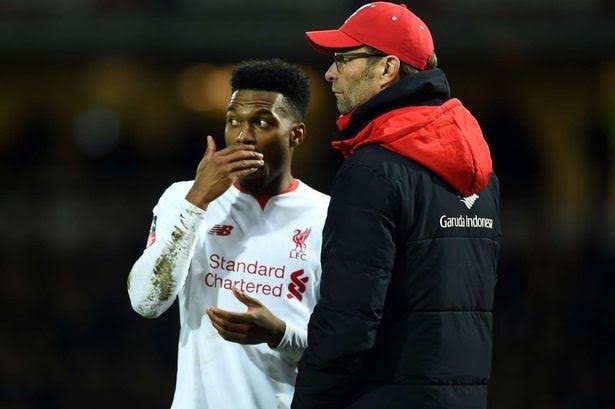 Obviously disappointed following a late extra-time 2-1 loss to West ham in which Liverpool were by far the better team, Reds boss Jürgen Klopp could not hide his disappointment about being knocked out of the FA Cup, but said that there were plenty of positives to be taken from the game.

“The only reason we were here is to go into the next round, so we are really disappointed,” said Klopp.

“Liverpool at this moment is not the most sunny side – there are a few discussions, 2-0 in the lead [against Sunderland, to draw 2-2], the manager in hospital, and out of FA Cup.”

Despite that, however, Klopp is also taking comfort from some of the positive elements he saw.

“Tomorrow the sun will shine if we want to, all together, take positive things out of this game and make the next step.

“We can rest a lot of players now; we have the first match day when we are not involved.

“Maybe we will play then with Everton or something like this which we can’t play because of the League Cup final.

“But we have to use time; we have to make steps, that’s what we did until now.

“We don’t like our results too much to be honest it’s a difficult way we have to go but in the end, it can be the right way.

On Sturridge’s injury, Klopp said: “Tomorrow is recovery. It was great – Coutinho was back, Origi was back too – but we need consistency in the line-up. We need things that we want to change, not that we have to change. You saw the game so write what you saw, not what I say.

“We have to talk first, with Daniel and the medical staff before we make decisions about this [his next step].

“The game was a little longer than I thought because I thought we could decide it after 90 minutes,”

“Tonight, it was a really good game without the maximum finish, that’s right but he worked a lot so that’s a big step. That’s good for us, that’s good for him.”

“Flanagan played tonight, after 18 months out, with 120 minutes – great,” Klopp said. “Tiago Ilori was not in the Aston Villa squad, he was not even a second team player, but he played really well tonight.

“Next to him, Lucas Leiva – it is not his position but he played really well.

“On the left, Brad Smith, he was not at the club a couple of months ago. It was maybe not Ibe’s best moment in the game but he was fighting; Christian, the same.”

The Hammers winner came late on in extra-time from contentious decision by referee Roger East, but Klopp was in no mood to blame the referee for Liverpool’s loss.

“I’m not long enough to judge,” he said. “If you are not satisfied with the performance of the referee, write it. Say it or not, but I can’t say it, I’m not here long enough to know what the rules are.

“I would have made a few different decisions on both sides, but it is life. I’ve said too much already.

“I said we created chances but didn’t score goals, and that’s the major mistake you can make in football.”