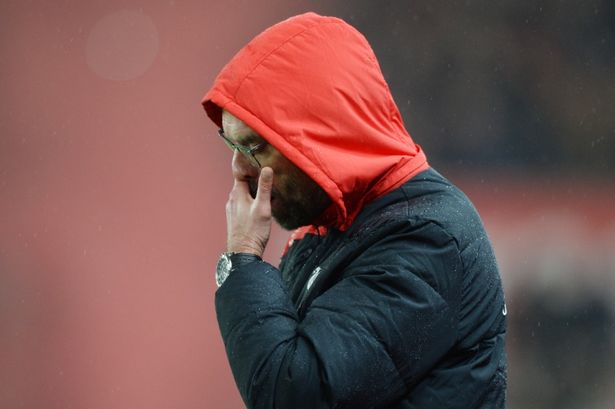 Liverpool manager Jürgen Klopp needs at least two summer transfer windows to build a side capable of challenging for the Premier League title according to former Liverpool player and manager Graeme Souness.

When he arrived at Liverpool everyone saw the German as the Messiah coming to take Liverpool back to the promised land of Champions League football and silver trophies, yet Souness feels as though the former Dortmund man did not realize the enormity of the task at hand given the squad he inherited and said it will take at least two years to build a winning team.

Souness said: “It will take at least three or four transfer windows just to improve things.

“There’s not many clubs where you will get the luxury of getting time and understanding to get things right.

“Klopp has got a huge job on his hands, possibly bigger than he first thought when he took over.

“But the truth is that you don’t get a job like Liverpool, a really top job, is things are going well and at the moment they are a long way off.”

Souness was harsh in his criticism of the current Liverpool squad and believes they will be hard pressed even to make it to the Capital One Cup final at Wembley.

Souness said: “The biggest problem that Klopp has is that he does not know which team is going to turn up from one game to the next.

“I’m not sure whether the manager knows what sort of performance he will get whenever the team goes out on the pitch to play. They really are that unpredictable.

“They do not have any free-scoring midfielders, they are defensively very weak and that’s an extremely ¬dangerous combination. Make no mistake about that.

“That’s why you are seeing Liverpool concede bad goals and you can’t expect to win games playing like that.

“It’s no wonder that Jürgen Klopp is frustrated. He is losing games, conceding goals and the defending is ¬shocking.”

When talking about tonight’s match with Stoke City he said: “Stoke have a good record away from home. It’s still very tight and it’s far from being a forgone conclusion.

“Liverpool could win 3-0, but a stuttering Liverpool could also lose. The simple fact is that Mark Hughes has a better idea of what he will get from his team than Jürgen Klopp.”

At the end of the day Souness is backing Klopp to do well at Anfield saying: “To my mind, Klopp is the perfect fit.

“He’s a good manager but it will take him time and possibly it’s a bigger job than everyone first thought.”