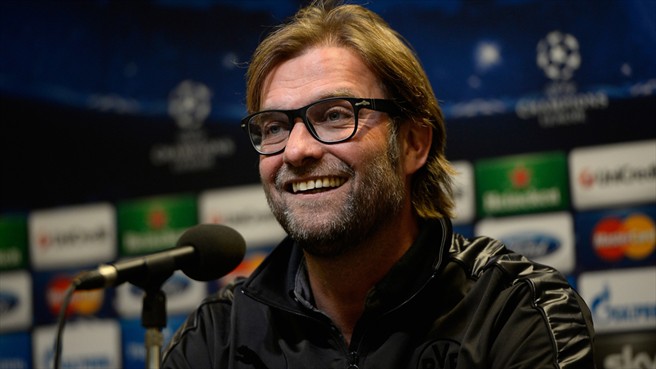 With over £200 million allocated for new players this summer Manchester United hierarchy is worried that David Moyes may not be the right man to spend the clubs money wisely.

With the news last week that United bosses had met in a secret location with Netherlands national team coach Louis van Gaal the future of David Moyes was once again thrown into doubt.

According to Tuesday mornings Daily Mirror in what they are calling an exclusive Manchester United first choice to replace Moyes is Borussia Dortmund trainer Jürgen Klopp.

The 46-year-old has done a wonderful job with the Westphalia side leading them to a Bundesliga title and a place in last season’s Champions League final against Bayern Munich.

United bosses think that his team’s aggressive style of play and his upfront approach to the game is exactly what United need following a dismal season by United standards.

Should the Red Devils decide enough is enough with Moyes they will have to be quick as this is a little European club that could be looking for a new manager this summer, and their name is Barcelona.