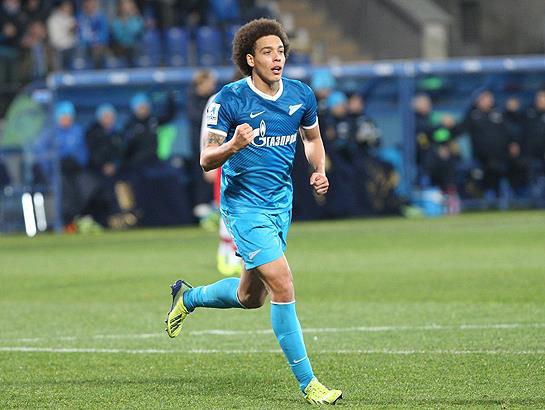 Italian Serie A champions Juventus have fired the first shot in what could be the start of a bidding war between them and Manchester United after making a £20 million bid for Belgium international Axel Witsel.

The 26-year-old Zenit St Petersburg midfielder was on Manchester United’s radar before he left Benfica to join the Russian outfit in 2012 for £32.5 million, and it was widely thought that the Red Devils may make a move to sign him this summer.

Sky Italia however is reporting that Juventus has now made a £20 million bid after having their first bid of £13 million turned down.

Back in January while speaking to the Bleacher Report Witsel spoke of his desire to move clubs in the summer saying: “I want to play in one of the top clubs in Europe one day. It’s true that I like the Premier League, because it is one of the best leagues in the world, for me, together with Germany and Spain.”