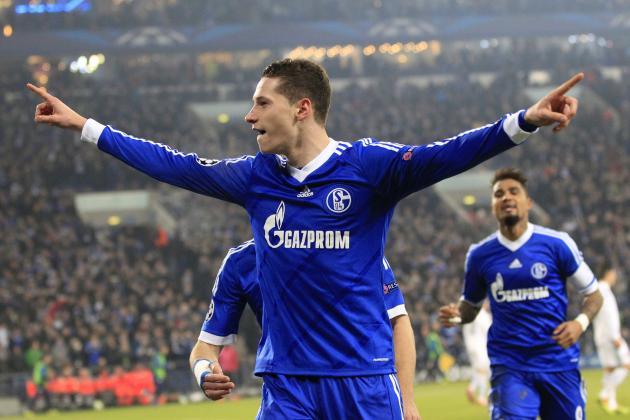 Roger Wittman the agent of German wunderkind Julian Draxler has played down any talk of his client leaving Schalke this summer despite all the talk linking him to Arsenal and the fact that the Gunners tried to sign him in January.

The general consensus was that Arsenal would try again this summer to get a deal done despite the fact Schalke have said they would like to keep the 20-year-old for at least another season.

In fact his agent also feels as though this would be in his client’s best interest to see out his contract with the German club, and feels the same way about his other client Peruvian striker Jefferson Farfan, to do the same.

While speaking to Sport Bild and printed in the Daily Express Wittman said: “Why should a player leave the club if the club have just built a top team?

“I also think it’s good if players stick to what they have signed.

“It would take an awful lot to happen for one of the two of them to leave. And even then I’m not sure it would be possible.

“The players understand that there is currently a lot of peace at the club and a lot of optimism about their future there.”

Those sentiments were echoed by Schalke chairman Clemens Torries, who said: “If nothing extraordinary happens, Julian will stay with us.

“I am convinced that he will play even longer than this one next season at Schalke. Then we will see”