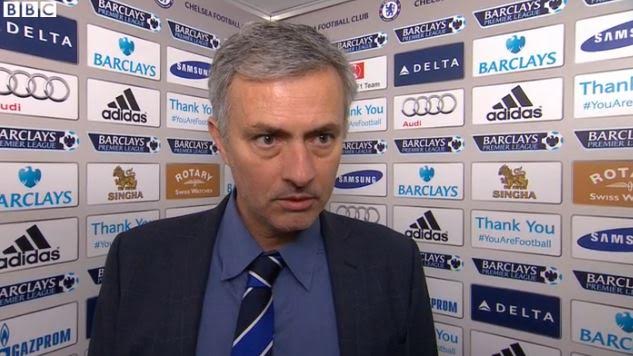 Chelsea is now officially the owners of the worst defence in the Premier League, leading not just the fans, but other Premier League managers to ask whatever happened to the Chelsea bus?

It would appear as is the 52-year-old Portuguese manager is starting to lose the plot his third season into a second stint at Stamford Bridge, first with his treatment of Chelsea Doctor Eva Carneiro after she went onto the pitch to treat an injured Eden Hazard, and then again on Saturday with a foul-mouthed rant at Everton boss Roberto Martinez for giving his post-match interview ahead of Mourinho following the Blues 3-1 loss at Goodison Park.

According to the Daily Star Mourinho lost the plot shouting ‘f**king hell’ after Martinez explained that the running order of interviews was nothing to do with him.

How the Daily Star says the rant happened:

‘Roberto next time tell (them to let) me go before you because we have to travel.’

As for the Chelsea bus we are sure we will see it rolled out again once Chelsea overcome their early season teething problems and get back on track to defend their title.