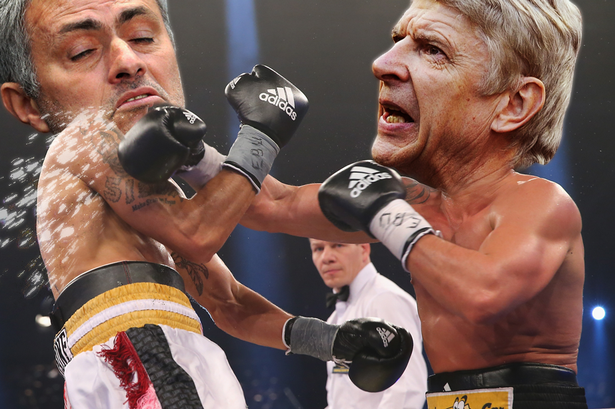 While Chelsea manager Jose Mourinho says he hope that all English clubs make it through to the knockout stage of the Champions League, he would not be disappointed if his old pal at Olympiacos Marco Silva’s team knocked Arsenal out of the competition.

The Gunners 3-0 win over Dinamo Zagreb on Tuesday night means that Arsenal now faces a do or die match with Greek side Olympiacos in Athens on December 8th to finish second behind Group winners Bayern Munich.

While speaking about the upcoming matches Mourinho said: “I would always like English teams to qualify, first.

“They [Arsenal] are in a group where a kid friend of mine is the manager of Olympiacos and it would be fantastic for the kid’s career to go through.

“So I have to be honest and say that I would like the kid and Olympiacos to go on, and we know that Bayern go through for sure.”

But Mourinho added: “The reality is that Arsenal can still do it. Arsenal can perfectly go to Athens and win.

“It’s not my problem, it’s their problem, but the reality is first of all they can qualify and secondly if they go into the Europa League then they become favourites [to win it].

“So I think they can have success in the Champions League by going to the next round and they can succeed in the Europa League because then they become favourites, so I think they have a lot to play for.”