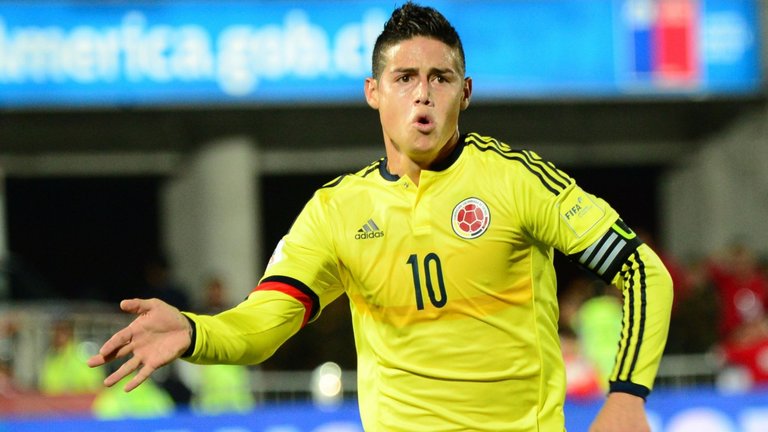 News coming out of Spain this morning suggests that Manchester United is preparing to make a January bid for Real Madrid forward James Rodriguez.

The Colombian internationals agent Jorge Mendes has approached United regarding a possible move for the 24-year-old winger after fall out with Real Madrid trainer Rafa Benitez after the Spanish boss accused him of not being fit enough to play a full game for Real Madrid, according to Fichajes.

Rodriguez had a dig of his own aimed at Benitez after his goal against Copa America winner Chile earned Colombia a 1-1 draw in Santiago Thursday saying when asked about his fitness: “Totally fine”, before adding, “and yet some people keep saying I’m not fit”.

Mendes is aware that only a few top teams could afford the World Cup Golden Boot winner, and has offered to broker a deal with the Red Devils knowing that manager Louis van Gaal is looking to add a winger to the side in January.

United is also being linked with a move for out of favour Bayern Munich winger Arjen Robben, but given the huge age difference between the two Rodriguez would make much more sense than the soon to be 32-year-old Dutchman.