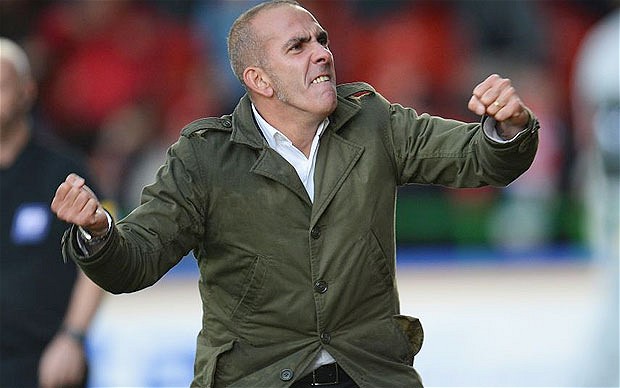 Chelsea captain John Terry has praised the character of Paolo Di Canio as the controversial Italian prepares to make his Sunderland management debut at Stamford Bridge on Sunday.

Di Canio’s appointment as successor to Martin O’Neill has been the subject of much conjecture this week, with former foreign secretary David Miliband quitting as vice-chairman of Sunderland over the 44-year-old’s past statements professing to be a “fascist but not a racist”.

Di Canio on Wednesday insisted he does not support “the ideology of fascism” as he seeks to mastermind Sunderland’s Premier League survival.

That quest begins against on Sunday against Chelsea.

“I can only speak highly of him (Di Canio),” Terry told the London Evening Standard. “I played against him when he was at Charlton. His movement was fantastic and I found he was just a real nice guy on the pitch.

“I was only young at the time when I was playing against him when he was at West Ham and sides like that.