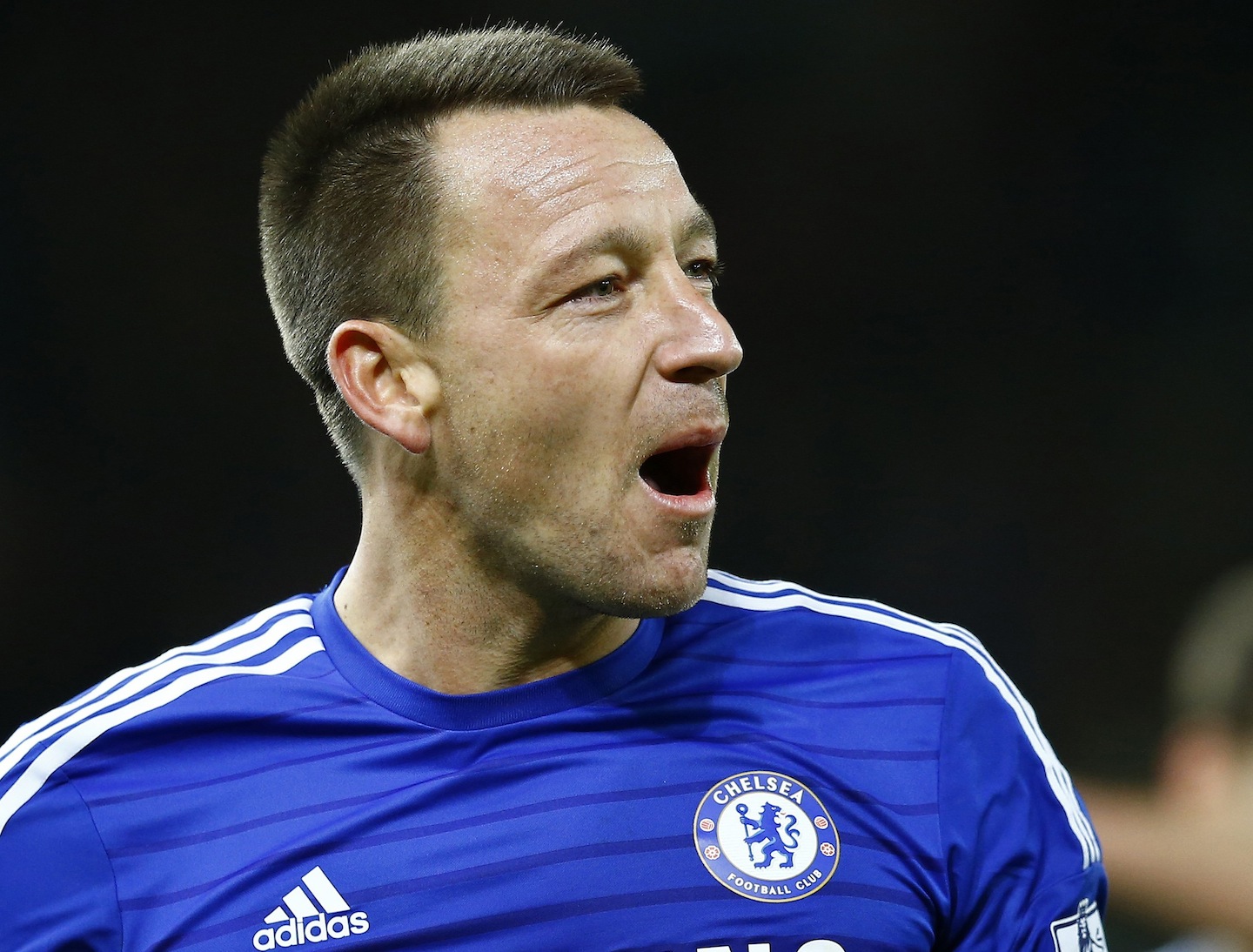 Chelsea captain John Terry performed flawlessly in the Blues weekend scoreless draw at the Emirates, and now only need to beat Leicester and Crystal Palace to win the Premiership title.

Terry was quick to jump to Chelsea’s defence after Arsenal fans could be heard chanting “boring, boring Chelsea” as Sunday’s match was coming to an end saying that quick passing possession football was useless if it did not produce victories.

“We are definitely not boring and if we do go on to win it, nobody’s going to remember the performances when perhaps it’s not been that exciting,” said Terry. “We’ve dug deep and other teams haven’t, and that is why they are so far behind us. Possession is great. We could see that from the Manchester United game last week. Possession and tippy-tappy football’s great, but if you are not winning games you’re not going to win the league.”

With Blues strikers Diego Costa and Loic Remy out injured the Portuguese manager started Oscar as a false number nine and admits his approach was more pragmatic knowing a draw would suit Chelsea just fine.

“Let’s not forget the first half of the season, up until Christmas, when we were the best side by far,” said Terry. “The football we played with [Cesc] Fàbregas and his assists, the goal at Burnley [from André Schürrle] and others after that. The play was different class.

“Things then went against us and the manager, being him, came up with the way to get us through games. That’s where he’s at his best. Let’s not forget we were the best side up until Christmas for sure and we have actually beaten the teams who have made things difficult for us. Now we are one step from where we want to be. Leicester are flying, you can see they have got a bit of wind in their sails as well, so it is going to be a really tough game on Wednesday, but it is in our hands. Not anybody else’s. We are grinding out results, we have got the quality in the squad, so hopefully we can get over the line because we are very close.”