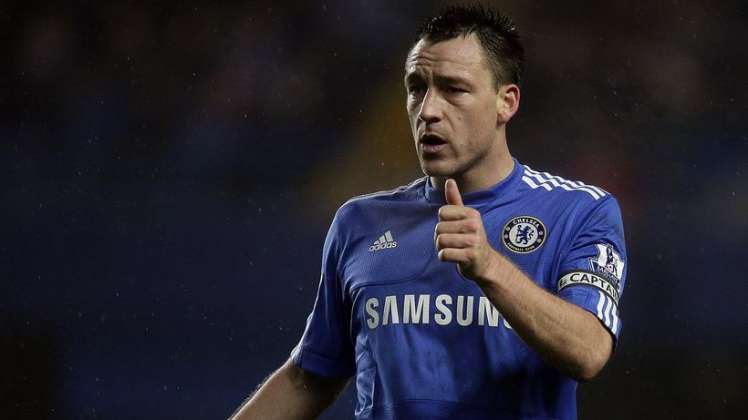 Terry has started only three league matches in 2013 and was omitted from the FA Cup semi-final defeat by Manchester City, although he scored twice after returning to the side that beat Fulham on Wednesday.

In February the former England captain denied reports of a rift with Benitez.

“There will be no frustrations publicly,” said the 32-year-old.

“Naturally, everyone is disappointed if they don’t play football matches. We all want to be on the field, but unfortunately with a big squad that’s not always the case.

“It’s not an automatic selection but at the same time we respect that. That’s the manager’s decision.

“If he chooses not to play us we are very much professional and we will do our job whether we play or not. When we do get a chance to come in and do well and obviously to score the goals [against Fulham], it’s an added bonus for myself.

“[Squad rotation] is very different but it’s important I maintain my sharpness in training and I’m ready when called upon.”

Chelsea’s 3-0 victory over Fulham at Craven Cottage maintained their push for Champions League qualification, moving them a point ahead of fourth-placed Arsenal with a game in hand on the Gunners.

And Terry said it is vital that the team remain in the top four in order to attract new players in the summer.

“This is what we’ve been stressing before the [Fulham] game. It’s very important that we pick up the three points and really push and cement this third place because it’s so vital to this football club,” he said.

“Maybe we can make some signings in the summer, but that could all depend on Champions League football. That’s where we want to be.

“At the same time we are in a strong position in the Europa League but ideally we want to be playing Champions League football next season.”