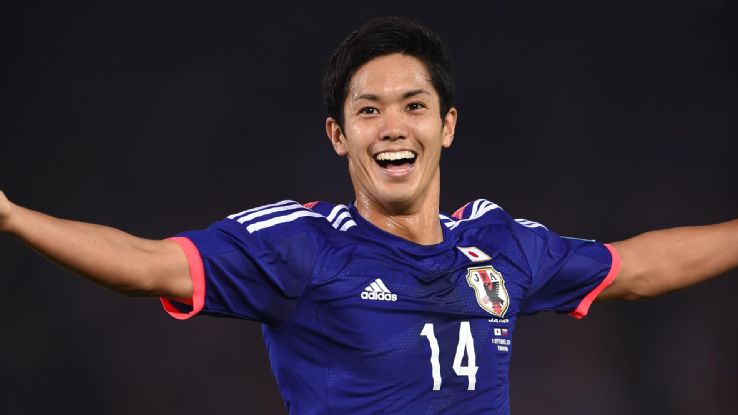 FC Tokyo striker Yoshinori Muto has gone public with the reason why he choose to move to Bundesliga side FSV Mainz 05 rather than Chelsea saying that the German outfit “fits his level”.

Before trying to sign the 22-year-old forward Chelsea had just completed a massive shirt sponsorship deal with Yokohama Rubber, and it was thought that having a Japanese player in the team would be a huge draw for the clubs new sponsor.

Muto has been capped 11 times by Japan, and scored 13 goals in his first J-League season prompting Chelsea to make a £4 million bid.

Muto however turned the Blues down and decided to join Mainz where he could play alongside his international teammate Shinji Okazaki.

“I wanted to keep my expectation realistic and play for a team that fits my level,” he said.

Truth be told he knew like other youngsters who join Chelsea that he would have very little chance of playing first team football, and that most likely he would be sent out on loan for a season or two as was the case with Kevin De Bruyne before he was sold to Wolfsburg, and we all know how that has turned out with the Belgium now a top player in Germany.

Chelsea just has too much talent that once in a while a player slips through the cracks, and while their success continues they will be forced to pay top money for established players rather than attracting young relatively unknown talent.