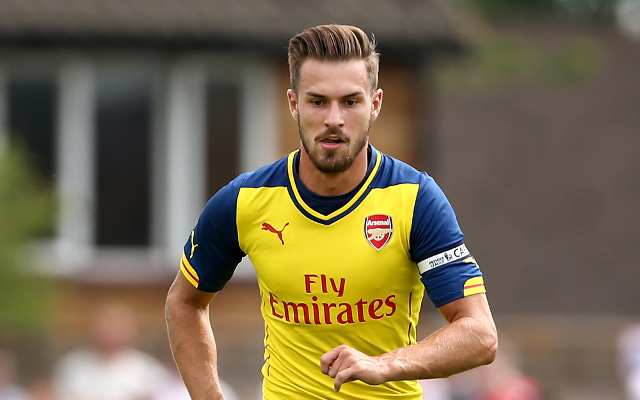 Arsenal midfielder Aaron Ramsey is fed up with the back-seat comments made by Sky Sports football pundit Gary Neville and says it is too early to write off Arsenal title ambitions just yet.

“It’s too early now,” he said. “You can’t read too much into how the table is looking.

“You have to wait 10 games and see where you are then.

“Teams are going to have upsets and so many things can happen in this league.

“Hopefully that opening-day upset against West Ham will be our only one for a long time.

“If we go on a run now after the ­international break, and win our next five or six games, then we will be there or thereabouts again.

“It’s important just to concentrate on what we know we can do.”

Ramsey claims the players do not listen to Neville’s criticism and instead focus on their own performance.

“We don’t take too much notice,” said the Wales star.

“We know what we’re capable of doing.

“We know the players we have and it’s just important for us to concentrate on that and sometimes come to these sort of places (Newcastle) and grind out results.”