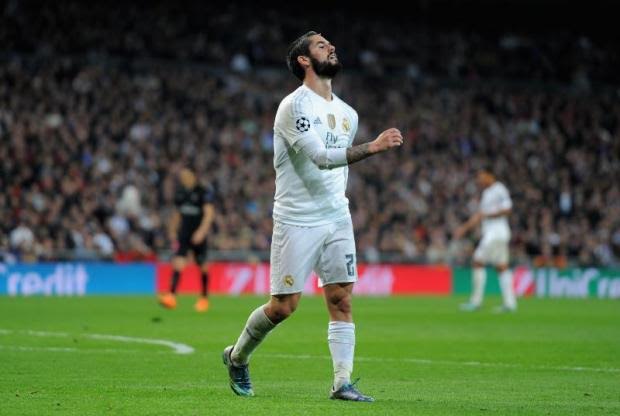 With Real Madrid still hurting from last weekend 4-0 home loss to Barcelona in the Classico, and Spanish newspaper Marca calling in to question the decision to put Rafa Benitez in charge of Los Blanco’s it would appear as though changes are about to happen at the Santiago Bernabeu which could include the departure of Spanish playmaker Isco.

The former Malaga player has apparently fallen out with Benitez after having been left out of the side that lost at the weekend, despite having withdrawn from the Spain squad to prepare for the game against the Catalan giants.

Both Arsenal and Liverpool have been watching developments closely, but now it is Juventus who are the front runners for the 23-year-old after Tuttosport claim that the Turin based side is preparing a £28 million January bid.

Now it is up to the Premiership clubs to decide if they want to go up against the Italian champions in a bidding war for the man Madrista’s said they would prefer to have than Gareth Bale.