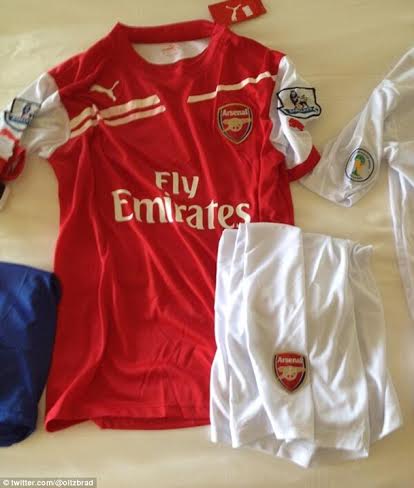 Numerous leaked images of Arsenals new kit have been doing the rounds on the internet so we thought we would add to it by posting a photo by Twitter user ‏@oitzbrad who claims his photo is of the Gunners new kit.

We have to say we are not too impressed with this Puma offering that looks like it was knocked out in some back-alley Bangladesh sweat-shop and am sure Puma will come up with something a little better after their £150 million five-year deal.

Meanwhile check out this brilliant advert featuring Thierry Henry and Cesc Fabregas that Puma have made for their new evoPower football boots.