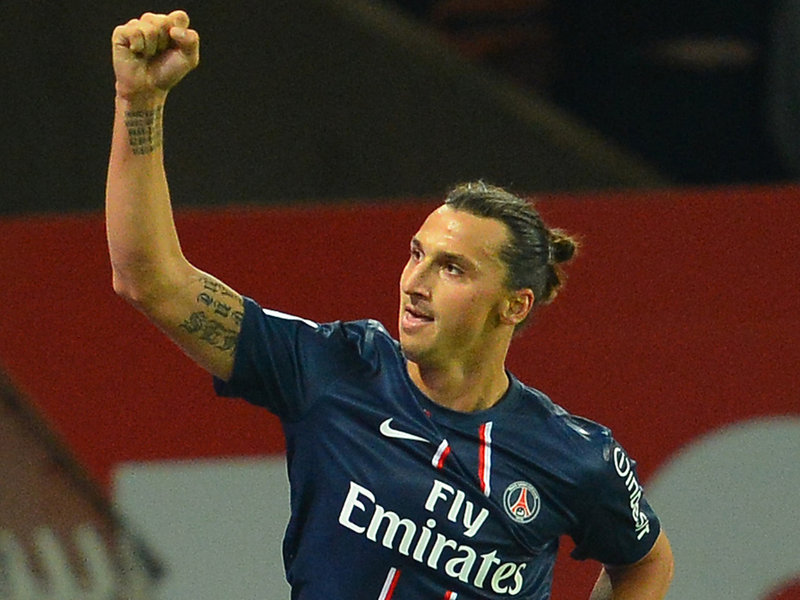 Paris Saint-Germain striker said he was willing to die for Jose Mourinho, but that Bayern Munich manager Pep Guardiola is a spineless coward.

The Swedish international played under Mourinho while he was manager of Inter Milan claiming that the Portuguese was inspirational with his player management and his tactical style.

“Mourinho would become a guy I was basically willing to die for,” he wrote in his soon to be published autobiography I am Zlatan Ibrahimovic, parts of are being reported in the British tabloid newspaper the Daily Mail.

“He works twice as hard as all the rest. Lives and breathes football 24/7. I’ve never met a manager with that kind of knowledge about the opposing sides. It was everything, right down to the third-choice goalkeeper’s shoe size.

“It was a while before I met him. He’s elegant, he’s confident, but I was surprised. He looked small next to the players but I sensed it immediately: there was this vibe around him.

“Mourinho created personal ties with the players with his text messages and his knowledge of our situations with wives and children, and he didn’t shout. He built us up before matches. It was like theatre, a psychological game.”

Following his time with Inter, Ibrahimovic moved to Barcelona in 2009, but only spent a year with the Catalans blaming Guardiola for his problems at the Nou Camp.

There was one incident in particular that the big Swede remembers when Barcelona lost to Jose Mourinho’s Inter Milan in the Champions League semi-final when he had angrily souted at Guardiola. Ibrahimovic said: “I completely lost it, and you might have expected Guardiola to say a few words in response, but he’s a spineless coward.”

Ibrahimovic was surprised about how he and the other players were expected to behave at the club, and does not think fitted in well with Guardiola’s style.

“None of the lads acted like superstars, which was strange. Messi, Xavi, Iniesta, the whole gang – they were like schoolboys. The best footballers in the world stood there with their heads bowed, and I didn’t understand any of it. It was ridiculous.

“Everyone did as they were told. I didn’t fit in, not at all. I thought, just enjoy the opportunity, and don’t confirm their prejudices. So I started to adapt and blend in. I became way too nice. It was mental.

“I said what I thought people wanted me to say. It was completely messed up. I drove the club’s Audi and stood there and nodded my head. I hardly even yelled at my team-mates any more. I was boring. Zlatan was no longer Zlatan.”