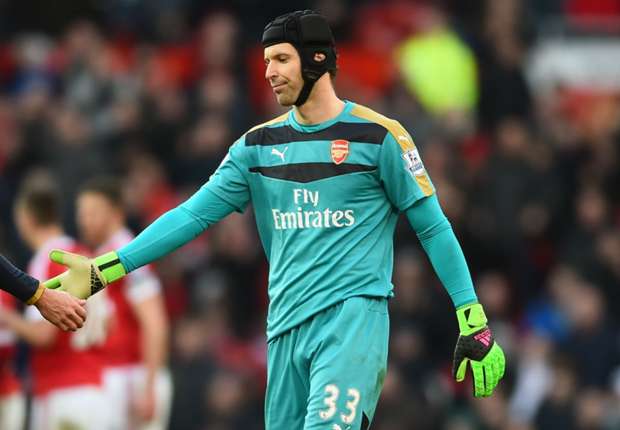 According to Arsenal manager Arsene Wenger Gunners goalkeeper Petr Cech faces as much as four weeks on the side-lines following an injury the 33-year-olds calf muscle.

What this means is that the former Chelsea shot-stopper looks set to not only miss the crucial six point North London derby against Tottenham at the weekend, but will also miss the return leg of the Champions League match with Barcelona at the Nou camp, but also the FA Cup replay against Hull City.

Cech picked up the injury during Wednesday night’s 1-2 home loss to Swansea City and now adds to the Gunners misery in what looked like being the best chance they had of winning the Premier League in years.

Currently Arsenal sit six points behind league leaders Leicester City and must rely on No.2 keeper David Ospina to come up big against high-flying Spurs on Saturday if they are to have any chance of winning the league for the first time since 2004.