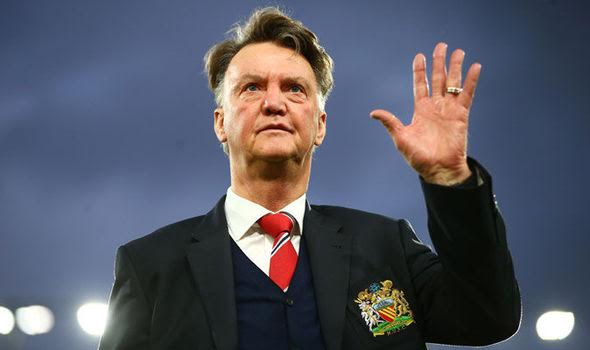 Despite Manchester United’s 3-0 win over Shrewsbury Town in the FA Cup last night the feeling around Old Trafford is that manager Louis van Gaal is expected to get sacked at any moment.

With the wolves already at the door in the form of Jose Mourinho, the former Chelsea boss is doing everything he can not to distance himself from the rumours by refusing to say that he has not yet been offered the job, while the rest of us just wait to hear when the 53-year-old Portuguese manger will take over at the Theatre of Dreams.

As things stand right now we are all waiting for United’s next loss which if it does not come on Thursday night against Danish minnows FC Midtjylland has a big chance of happening when the Red Devils take on Arsenal at Old Trafford on Sunday.

Sometimes I wonder if we are all not getting too far ahead of ourselves, as Looking at United from an outsider’s perspective things do not seem all that bad.

Ok so the club is not currently in a Champions League qualifying spot for next season, yet they are still fifth in the Premier League just six points behind fourth place Manchester City and through to the quarter-final of the FA Cup where they have a home tie against West Ham.

A win against FC Midtjylland on Thursday would also see them progress in the Europa Cup with a place in next seasons Champions League up for grabs for the winner.

At the moment all the decision making seems to lie with Ed Woodward, who after having called van Gaal a genius just ten weeks ago appears to be sticking with his man, and should United beat the Danes and get a result against Arsenal it would for the time being at least looks as though LVG will keep his job till the end of the season.

If however United were to lose both matches you have to feel that no matter how loyal Woodward feels to LVG the pressure would be too great not to make him act.