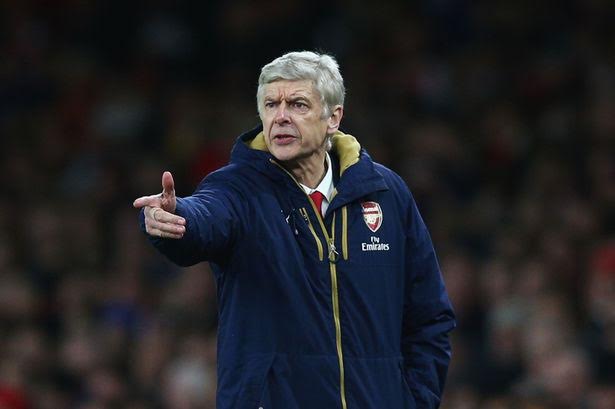 The Daily Mirror is reporting today that Arsenal manager Arsene Wenger feels let down by his team after having dropped out of the tile race and crashing out of Europe to Catalan giants Barcelona.

In what is the biggest hint yet that the 66-year-old Frenchman intends to see out the remaining year of his £8 million per-season contract Wenger plans to spend his way back into Gooners favour by cutting the dead wood and adding talent that will take the Gunners to the next level.

Players on the way out include England star Alex Oxlade-Chamberlain who could possibly return to his former club Southampton.

Veteran midfielders Mikel Arteta, Tomas Rosicky and Mathieu Flamini are all set for the off following the clubs refusal to renew their contracts, while France right-back Mathieu Debuchy will be sold after losing his place in Wenger’s starting XI to Hector Bellerin.

Roy Hodgson’s choice at left-back for England Kieran Gibbs is also looking to depart the club after having been relegated to second fiddle to Nacho Monreal.

Another casualty in Wenger’s re-build is likely to be German centre-back Per Mertesacker, who appears to be slowing down as the years catch up with him.

Add to this goalkeeper David Ospina who is not happy in the role of Petr Cech’s No.2 and you have quite a list of players who will not be at the Emirates next season.

So who should Wenger bring in to replace the players he has decided to cut?

Instead of making a list of players we think Wenger should sign we decided to come up with our own starting XI based on players who are being linked with a possible move to North London.

Have a look at our selection and let us know if you think it is a team good enough to win the league next time out.