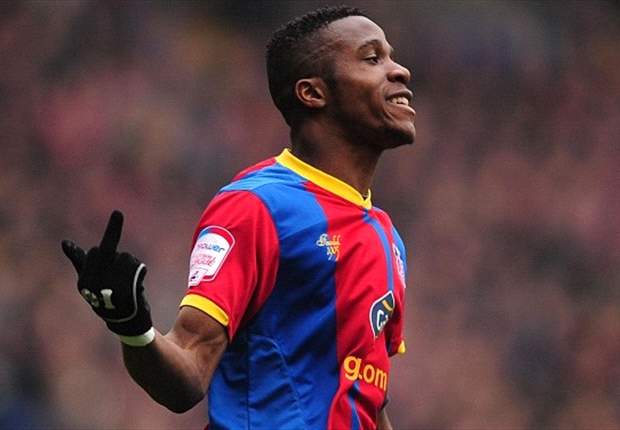 The Three Lions boss gave the youngster, who will play his last game for Crystal Palace in the Championship play-off final on Monday, his first senior cap in a friendly against Sweden in November.

And Hodgson enthused to the FA’s official website: “I like Wilfried Zaha. He is a good player.

“I went to Palace not so long back to have a look at him and, of course, he has a massive move to Manchester United. It seems to me he is on the threshold of something big.”

Though he cannot control how much playing time the forward will receive next season at Old Trafford, Hodgson expects him to impress. “He will be given the opportunity,” the England boss predicted.

“When a club like Manchester United is prepared to pay a lot of money for a player because they will help them to win things it is a tremendous boost to both confidence and ego.

“As coaches we can’t do any more. After you have lit the touchpaper, all we can do is retire and hope they buzz.”

Though London was gripped by Champions League fever as Wembley hosted Bayern Munich’s dramatic triumph over Borussia Dortmund on Saturday, Hodgson hopes that the thrill of international football is not lost.

“I can never stop emphasising how important playing for England should be,” he added. “It only takes the World Cups and European Championships to come around to realise how vitally important people regard their national team.

“It brings people together. You should never debase the chance to play for England. Even if you are lucky enough to get one game it should be something that will keep you going in your football life and give you photographs and stories to tell your grandchildren.”