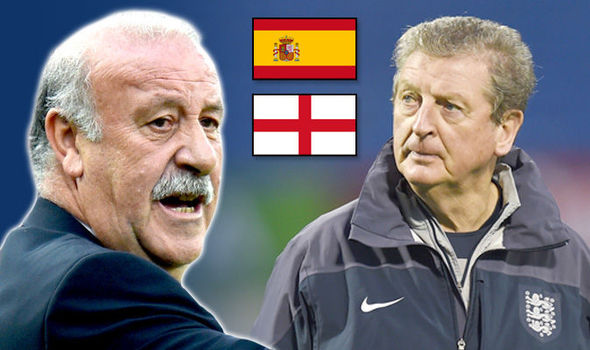 As England prepares to take on Spain in an international friendly tonight in Alicante, World Cup winning Spain national team coach Vicente Del Bosque says that Hodgson has failed in his attempt to make England a great team.

“They lack slightly a bit of organisation to be a great team,” said manager Del Bosque. “Individually, they have great players so if they get a little bit more organised they will be a very strong team, as they have been in the classification stage, winning all their games.”

Meanwhile the all the Premiership managers will be watching tonight’s game praying that none of their players get injured as has been the case with quite a few while on international duty.

On a side note if you fancy England to make Del Bosque eat his words you can back the Three Lions to beat Spain at odds of 4/1 with BET365.