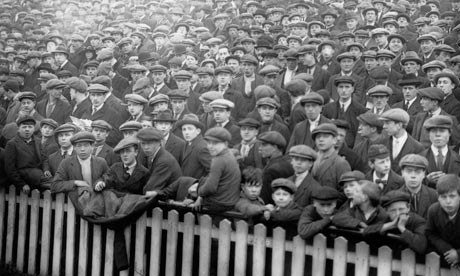 Football has been played all over the world for centuries, but the origins of the game are unclear. The ancient Egyptians, Greeks and Romans all played ball games, but the earliest scientific evidence for the game of football dates from China in the second and third centuries BC. The Chinese played a game called “tsu chu”, in which players had to kick a leather ball filled with feathers and hairs into a piece of cloth tied to two bamboo posts.

The first written record of a football match in England dates from the 12th century. William Fitzstephen – a clerk employed by Thomas Becket, Archbishop of Canterbury – recorded while visiting London in 1170 that football was highly popular among the working classes. At that time, there was no notion of a football pitch and few rules in the modern sense. Matches were played over a vast area, contested by any number of players, up to 1,000 in some cases and were generally unruly, violent affairs.

It wasn`t until nearly 700 years later, in 1863, that all the football clubs in England – including the first-ever independent club, Sheffield, formed in 1857 – met in London to form the Football Association. Over the next few months, the new governing body drew up a code for the game of football, which led to the first coded match between Sheffield and Nottingham. Many other football clubs were subsequently founded across the country and a league competition, known as the Football League, began in 1888. Football leagues in European countries, such as Italy and Spain, followed in the early years of the 20th century and it wasn`t long before football spread from Europe to other continents and became the global game it is today. Football is sometimes referred to as “association” football to differentiate it from other codes, such as rugby football or American football.

With matches taking place at football grounds all over the country, the Football League introduced a rule in 1891 requiring home teams to change their shirt colour in the event of a clash of colours. The same year saw the introduction of goal nets and penalty kicks. Some years later, in 1921, the Football League changed the shirt rule, so that visiting, or away, teams were required to change shirts in the event of a clash. This change eventually led to the development of home, away and third kits, which are commonplace in all modern football clubs.google-site-verification: google22c57fcc12fea770.html