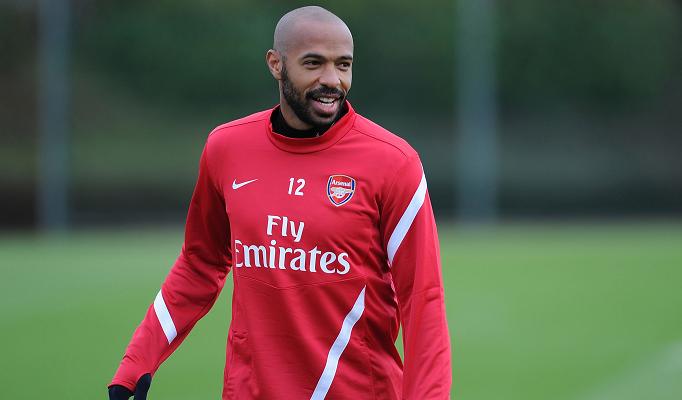 Thierry Henry has backed Arsenal manager Arsene Wenger to take the Gunners back to their glory days following eight years without winning any silverware.

Henry was part of the Arsenal team that last one a trophy back in 2005 and is backing the 64- year-old Frenchman to prove his critics wrong.

“I think Arsene himself understood that. When you don’t have something to show at the end of the season it is difficult to talk and to stop all of the critics.

“But this year he is showing everybody that Arsenal can compete again.”

Henry also admitted he was surprised when Wenger smashed the clubs record transfer fee when he signed Mesut Özil from Real Madrid, but says it has paid off.

“The player that he has signed for £40million is just like a great player,” he added.

“When you look at him playing when he has the ball it seems like he has all the time in the world – and I can tell you for a fact it’s not that easy.

“He paid the price to have a player like Özil, but I think that right now it’s showing that it’s worth it and hopefully in the end it will show more.”

When asked about what the future holds for the Arsenal player who has one year remaining on his contract with the New York Red Bulls the Gunners all-time leading goal scorer says that he would love to return to Arsenal once his playing career is over.

Henry said: “I would love to be around the game and – I’ve said it so many times – hopefully around Arsenal.

“What am I going to do? I don’t know if it’s going to be coaching. I really don’t know yet. I’m trying to finish my career, which is something I have to concentrate on.

“This is my last year actually, the one coming, on paper. I’m not saying I’m retiring, I’m saying that’s my last year on paper to make it clear.

“You need to do some stuff before that. You can’t pretend that you can come and be a manager. It’s really difficult.