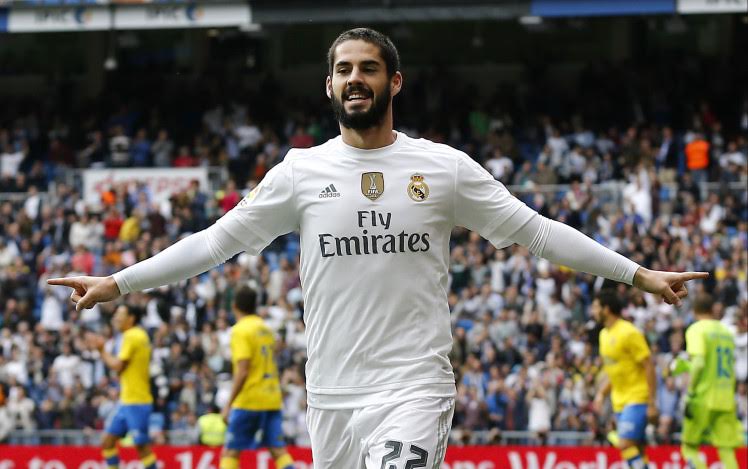 The current Bayern Munich boss takes over from Manuel Pellegrini in the summer and is already plotting which players he wants to have at his new club.

According to Spanish publication Ok Diaro, Isco is a priority for the former Barcelona man as he looks to add some creativity to City’s midfield, and has told the bosses at the Etihad to be sure and outbid Arsene Wenger for the Spanish international.

When current City boss Manuel Pellegrini first arrived in Manchester the Chilean trainer was keen to sign Isco then, knowing him well from the time he was trainer at La Liga side Malaga.

Unfortunately for Pellegrini, Real Madrid was also interested in the now 23-year-old making him an offer that was too good to turn down.

Since then Real Madrid are now on their third manager, with Isco having to compete with other big name stars in the team for a start each week, something given his talent he would almost be assured of with any team in the Premier League.

With Los Blanco’s looking as they may be prepared to let him leave in the summer it will be interesting to see just how much Wenger really wants Isco at the Emirates.