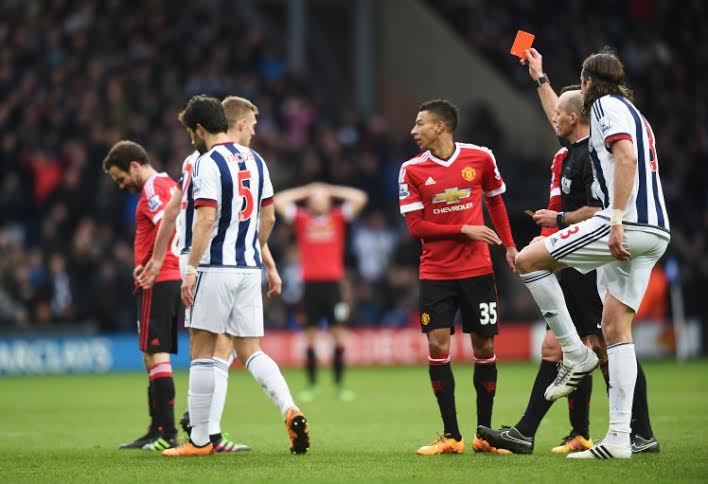 Following a kick in the teeth by West Brom, a match that saw Watford hero Juan Mata turn villain after being send off for his second bookable offense, United fans soon realized that a top-four finish may just have walked alongside the Spaniard down the tunnel, with the Red Devils best chance of Champions League football now dependent on them winning the Europa League.

And while that still remains a possibility it means disposing of Liverpool over two legs, a feat easier said than done.

As it looks at the moment the ten next days could define Manchester United’s season with the Europa League first leg tie against Liverpool at Anfield on Thursday before playing West Ham United in the Quarter Final of the FA Cup just three days later at Old Trafford.

There is some good news for manager Louis van Gaal however, and that is the return of Marouane Fellaini, Anthony Martial, Chris Smalling, Marcos Rojo and Matteo Darmian to the squad.

How they will be reintroduced back into the team will of course be up to the Dutchman.

‘They are coming back,’ he said. ‘But normally they cannot play a match because the rhythm of the game is much higher. So, we have to train more and let them play in the second team.’

Meanwhile Donald Love played for the second team on Monday while LVG went on to say that striker Will Keane’s surgery in America was a huge success and that the youngster due to arrive back in the country sometime today.

‘He had a fantastic operation, like Ashley Young, it was more or less the same operation. He is coming back [to England] on Tuesday, and I’m hoping he comes back [to play] as quickly as Ashley Young,’ added the United manager.