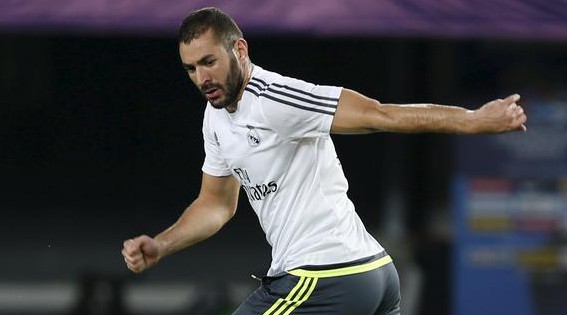 Just about all summer Arsenal has been linked with Real Madrid over striker Karim Benzema, with reports last week suggesting that Arsenal boss Arsene Wenger had been given the green light to spend as much as £45.7 million to bring the 27-year-old to north London.

Prior to Rafa Benitez taking over at the Santiago Bernabeu it was suggested that the former Napoli boss would use Cristiano Ronaldo as a centre-forward in order to let Gareth Bale have more room out on the left-flank; similar as to how he played while at Tottenham.

Arsene Wenger is known to be a huge fan of the French international, and knows that the 20 goal a season striker could be just what the Gunners need in order to have a team capable of winning the Premiership.

Meanwhile Spanish sports newspaper AS is reporting that Benitez has a few players in mind should they decide to sell Benzema, with Juventus strikers Fernando Llorente and Alvaro Morata top of the list his wish list.